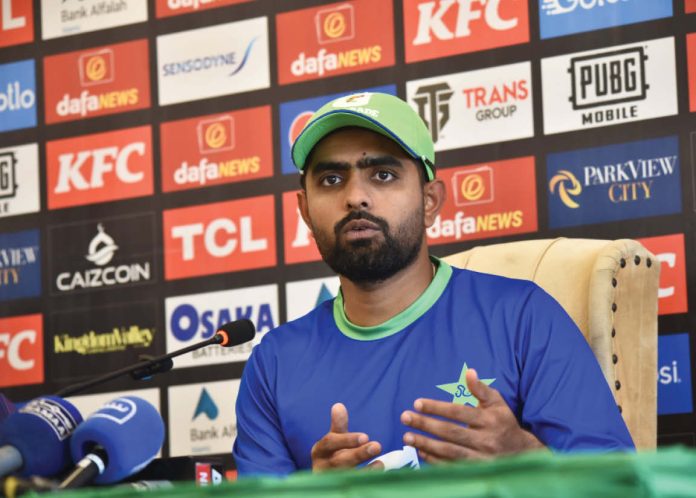 ‘Don’t care what people say’
Pakistan skipper says total focus is on getting the team to victory
MULTAN
A day before the second Test match between Pakistan and England in Multan, Pakistan sipper Babar Azam has said that his total focus is on getting the team to victory.
Addressing a press conference in Multan, the skipper said that they would try their best to win the Test so as to fulfil their promise made with Prime Minister Shehbaz Sharif.
“I had made a promise with PM about the victory but did not give it in written,” he added.
The team’s victory was his top priority, the skipper said, adding that he doesn’t care what other people say about him.
Unveiling his strategy for the upcoming Test, Babar said that the team would try to take advantage of the spinners on the spin-friendly pitch in Multan. Responding to a question about the final playing eleven, the captain said that the team has not been finalised yet. He maintained that the final decision in this regard would be made after reviewing the pitch.
To a question about the first Test, the captain said that the match was in their hands but due to some mistakes they lost the game.
He vowed to overcome the faults and said the team would show aggressiveness in the upcoming matches.
“Our fast bowlers are playing all three formats while taking care of their load, we have to keep the fast bowlers fit,” he added.