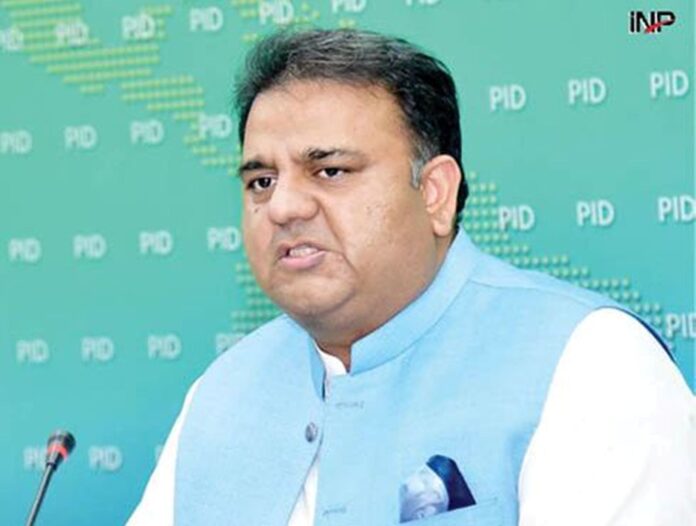 ISLAMABAD
Former Information Minister Fawad Chaudhry Saturday said that the PTI was mulling over to bring a reference against Chief Election Commissioner (CEC) Sikandar Sultan Raja against meeting leaders from ruling coalition and assuring them of an early decision in prohibited funding case. Addressing a presser, Fawad Chaudhry said that leaders of ruling coalition met CEC and discussed prohibited funding case which is against the judges’ code of conduct which also applies on Sikandar Sultan.
“How members of the ECP could meet people who are party to a case,” he said, adding CEC and members of the ECP violated their code of conduct of the judiciary. He claimed that the ECP has assured the ruling coalition of early decision in the case. “We are consulting our legal team for a reference against them in judicial commission,” he said and demanded that they should be removed from their slots. While defending funding to PTI from foreign donors, he said that they were overseas Pakistanis and the only thing party determines is to check if the money is sent through legal means. “We cannot check the source of income of a donor,” he said and asked how they could go after every donor to ascertain their sources of income. He lamented that the crisis faced by the country was due to the ECP that refused to hold general elections in the country before the Supreme Court. “Shehbaz Sharif has played a role in the economy’s meltdown,” he said and lamented that if ECP had not refused to hold polls before the SC, the country would had a stable government by now. He added that the economy is facing such a grave threat that COAS Qamar Bajwa has to talk to the US for the release of a US$1.17 billion IMF tranche.