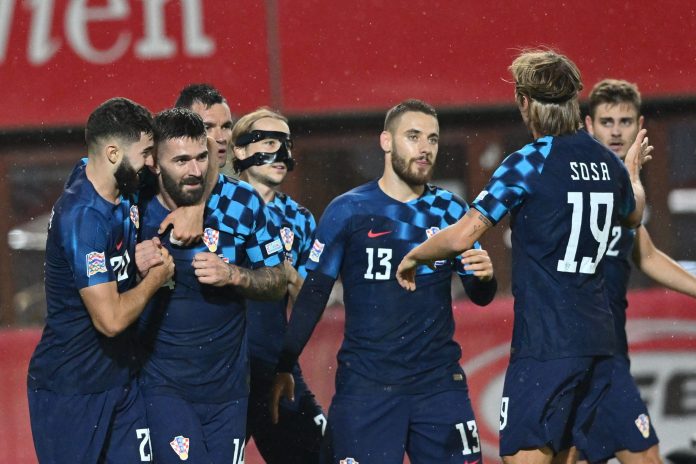 ISLAMABAD
Croatia and the Netherlands finished warming up for the World Cup in style by qualifying for the Nations League finals, while holders France’s poor form continued.
Croatia topped Group A1 by winning 3-1 in Austria to relegate their opponents to the second tier of the Nations League, while the unbeaten Dutch defeated visiting Belgium 1-0 and won Group A4 with 16 points, six more than their second-placed hosts. Defending Nations League and World Cup champions France lost 2-0 in Denmark but avoided relegation because of Austria’s defeat.
The matches marked the final preparations for World Cup-bound teams before the competition starts in Qatar on November 20. The French and the Danes will meet again in Qatar with Tunisia and Australia also in their group.
It could be the last international tournament for 37-year-old Croatia midfielder Luka Modric, and he enters the competition in good form. The Croats led after six minutes in Vienna when their veteran captain was left unmarked inside the penalty area and rifled home.
Austria equalised three minutes later through midfielder Christoph Baumgartner’s glancing header, but second-half goals from forward Marko Livaja and central defender Dejan Lovren sealed a memorable win for Croatia, whose World Cup group includes Belgium, Canada and Morocco.
Denmark finished in second place on 12 points, one point behind Croatia, after beating a sloppy and injury-depleted France side 2-0 at home.