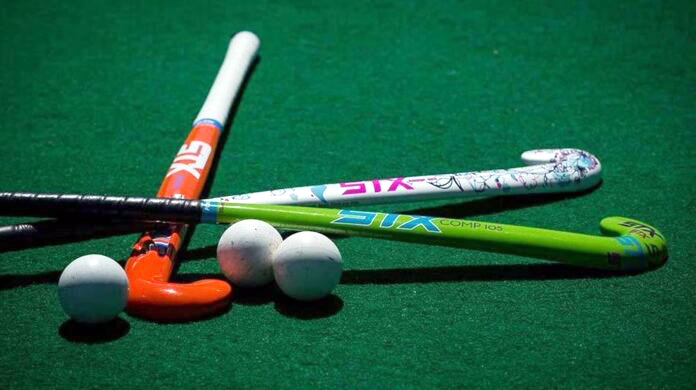 MARDAN
The Men’s Hockey trials got under way under the Prime Minister Youth Talent Hunt Program Hockey event here at Gen Ehsan Sports Complex Mardan here on Monday.
A total of 40 players turned up for the trials in Mardan Region wherein the selection committee headed by former Hockey Olympian Rahim Khan, Waqas Ahmad and President KP Hockey Association Syed Zahir Shah thoroughly monitored the performance of the players.
Pakistan Muslim League (N) District Mardan President Inayat Ullah Bacha was the guest. He was accompanied by Central Information Secretary Ali Khan Yousafzai, Khyber Pakhtunkhwa Hockey Association Chairman Former IG Saeed Khan, Khyber Pakhtunkhwa Youth Coordinator Engineer Arif Rawan, Director Sports Peshawar University Bahr Karam, Director Sports Abdul Wali Khan University Dr. Farooq, Director Distance System Education Dr. Noorzada, and other important personalities were present.
In light of the special instructions of Prime Minister Mian Muhammad Shahbaz Sharif, University of Peshawar under the supervision of Advisor to Prime Minister Amir Muqam and Special Assistant Shaza Fatima initiated trials in 12 male and 10 female Games with the collaboration and support of the Higher Education Commission (HEC) all across the country including Khyber Pakhtunkhwa.
Olympian Rahim Khan lauded Prime Minister Mian Muhammad Shahbaz Sharif for launching such Youth Talent Hunt Program at grassroots level. He said Khyber Pakhtunkhwa has been divided in four different zones including Swat, Hazara, Mardan, Peshawar, and Bannu wherein both boys and girls trials would be organized which help in searching new talent from all across the country including Pakistan.
He said in the first phase, a total of 25 players each for all regions would be short-listed for the camp, following with the League event and in the final phase a bunch of 25 players would be selected for the one month international training in each Games.
In his address to the players, the chief guest Inayat Ullah Bacha said that in the light of Prime Minister Mian Muhammad Shahbaz Sharif’s instructions, steps are being taken to promote sports across the country.
He said that for the promotion of national game hockey, such steps are key for regaining the lost glories again but without hard work of the players and extending them modern day facilities we could not rank among top teams of the world.
The government, he said, should take strong measures to promote this game at the school level. Khyber Pakhtunkhwa Youth Coordinator Engineer Arif Rawan said that in twenty-five regions across the country, trials of various games continue including hockey, both male and female.
He said such trials have been initiated in all the four provinces including Islamabad, Azad Jammu and Kashmir and Gilgit-Baltistan while soon a proper mechanism would be established to provide ample opportunities to the players of merged tribal districts.
They are part of these trials but we want to have such trials in the merged districts as well in order to ensure maximum participation of the tribal youth. Coordinator of Khyber Pakhtunkhwa and former international athlete Bahre Karam said that they have made best arrangements for hosting the trials and facilitating the selection committee of various Games in all five regions of Khyber Pakhtunkhwa.
He said for the selection of the players merit is the only criteria. The player who performs on the field will be selected. Deputy Director Sports Shaheed Benazir Bhutto Women University Maria Samin is named as coordinator for Female Games in Khyber Pakhtunkhwa.