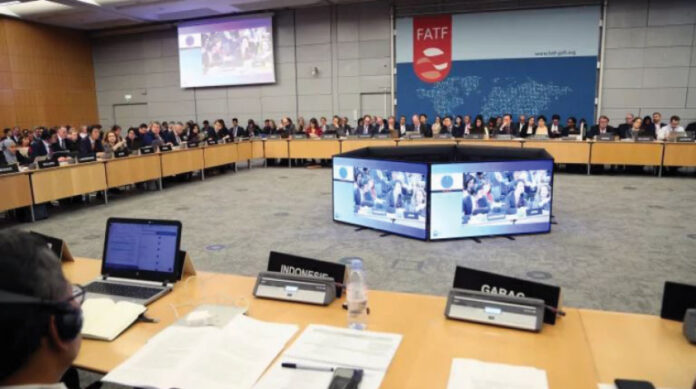 Islamabad to send delegation, hopes for exclusion from ‘Gray List’
ISLAMABAD
A crucial meeting of the global financial tracking body, the Financial Action Task Force (FATF) is scheduled to meet later this week in Berlin, Germany, where Pakistan will hope it is finally taken off the gray list.
Sources said that the four-day plenary moot is expected to take place from June 14 and last until June 17. Pakistan is expected to be represented by Minister of State for Foreign Affairs Hina Rabbani Khar and she will lead discussions on June 15 and 16.
The meeting, Islamabad hopes, will see it removed from the ‘gray list’ which comes with a host of financial restrictions. Pakistan was placed on the list in 2008. It was then removed in 2009 before being put under close monitoring between 2012 and 2015.
It was re-added to the list for deficiencies in its alleged counter-terror financing and anti-money laundering regimes. By 2018, Pakistan had fulfilled 26 of the 27 conditions set out by FATF.
In 2021, the government certified that it had met six conditions out of the seven outlined under the action plan. So far, Pakistan has met 32 conditions out of 34 under two obligations.
An announcement said that its delegates, representing 206 members of the Global Network and observer organisations, including from the International Monetary Fund (IMF), the United Nations, the World Bank and the Egmont Group of Financial Intelligence Units, will take part in the event.
This hybrid event will be the last plenary under the two-year German Presidency of Dr Marcus Pleyer and will be hosted in Berlin, with a significant number of participants taking part in person.
During the four days, delegates are expected to finalize key issues including a report to prevent money laundering through the real estate sector and a report that will help financial institutions use collaborative analytics, data collection and other sharing initiatives to assess and mitigate the money laundering and terrorist financing risks they face.
Delegates will also discuss the assessments of measures to combat money laundering and terrorist financing in Germany and the Netherlands, and the progress made by some jurisdictions identified as presenting a risk to the financial system.
The outcomes of the FATF Plenary are expected to be published on Friday, June 17, after the close of the meeting.