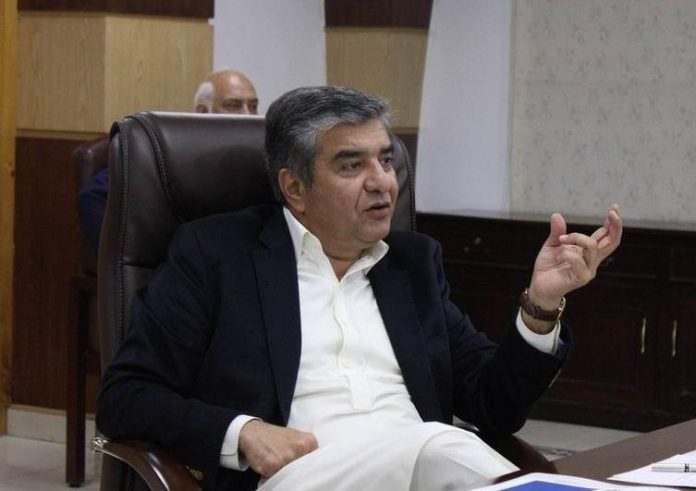 PESHAWAR
Chief Secretary Khyber Pakhtunkhwa Dr Shahzad Khan Bangash has directed the administration of Dera-Ismail Khan division to expedite the pace of the ongoing survey of houses damaged during the recent flash floods in the region.
He issued these directives on the occasion of his visit to Dera Ismail Khan while presiding over a meeting held in the office of Commissioner Dera Ismail Khan Division.
He said that infrastructure restoration and damaged houses survey activities launched by the provincial government should not be hindered, adding that surveys should be speeded up to initiate the process of compensation as soon as possible.
The meeting was attended by Commissioner Dera Ismail Khan Division Amir Afaq, Deputy Commissioners Dera Ismail Khan, Tank and South Waziristan and other relevant government department’s officials.
During the meeting, Chief Secretary KP was briefed about the flood damage and relief operations in the division.
Dr Shahzad Bangash also reviewed the ongoing survey process of flood-damaged houses in Dera Ismail Khan, Tank and South Waziristan and directed the survey process.
No one should be deprived in the survey as the division has suffered an unprecedented flood and people of the area were in dire need of government assistance for the rehabilitation of their houses, he added.
CS-KP maintained that the provincial government was taking all possible steps to compensate all those people who have lost their houses in the floods and no discrimination would be rendered to this end.
Later on, Dr Shahzad Khan Bangash also started the plantation drive by planting saplings in the premises of the Commissioner’s office.