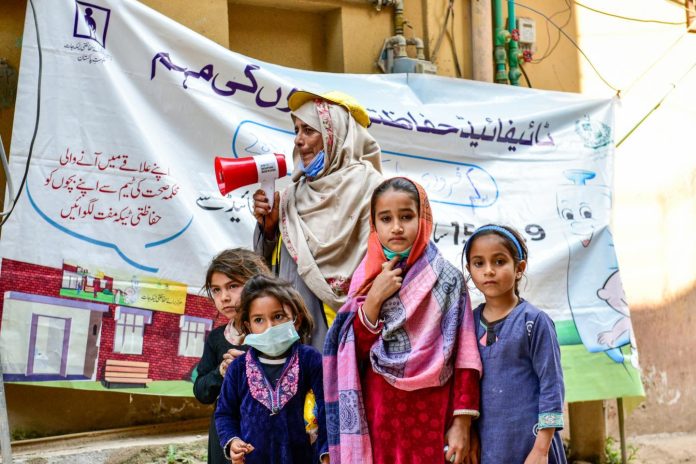 PESHAWAR
The health department said that more than 752,000 children aged 9 months to 15 years have been administered typhoid vaccination in the targeted districts of the province. The 13-days campaign to administer typhoid conjugate vaccine to children in 22 districts of Khyber Pakhtunkhwa entered into the third day on Wednesday.
A statement issued by the health department added that the Expanded Programme on Immunization (EPI) teams during the typhoid campaign in 22 urban districts of KP vaccinated more than 752,000 children in the last three days.
Director at EPI Dr Muhammad Arif Khan told reporters that health department in collaboration with World Health Organization (WHO) and UNICEF monitoring the overall arrangements for the ongoing typhoid campaign in targeted districts of the province.
He said that 2.8 million children would receive vaccine jabs free of charge during the campaign, adding that various centers have been established in schools, primary health centers and hospitals for typhoid vaccination. “Each team consists of experienced medical staff, along with rescue 1122 and communication teams are also active,” he added.
He said that the provincial government has decided to include typhoid conjugate vaccine in the routine immunization program of the health department, adding that more children were infected with and killed by typhoid fever every year in the province.