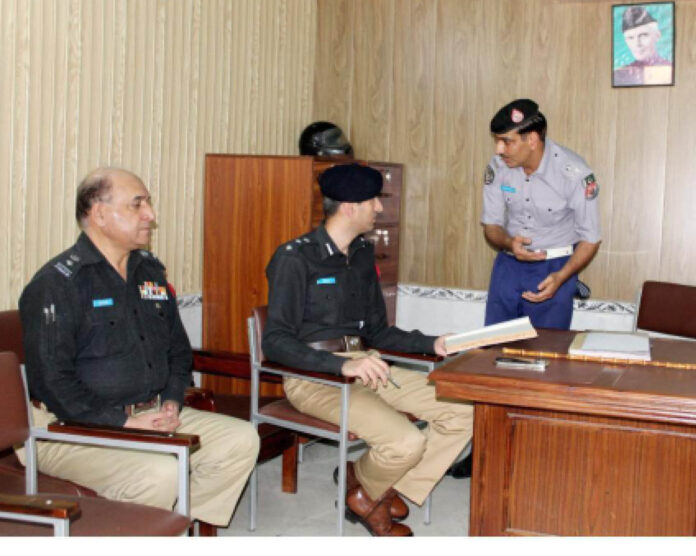 Haqnawaz shinwari
PESHAWAR
The Chief Traffic Officer Abbas Majeed Khan Marwat paid a surprise visit to traffic police station, said a statement issued here on Tuesday.
Abbas Majeed Khan Marwat inspected each and every section of the police station and issued necessary instruction to the concerned quarters in the light of his detailed visit.
During the visit, he checked the attendance register and police station record.
Traffic chief also directed the headquarters to take departmental action against Muharram police station for failing to maintain proper office record.
Abbas Majeed directed the concerned authorities to keep complete record of the police station and ensure cleanliness on which no compromise will be made.
He said that negligence of duty would not be tolerated while legal action would be taken against those found absent from duty.
He said that no leniency should be shown to anyone in this regard. It will be presented as a model for the province. In this regard, the traffic authorities should be vigilant and use all their capabilities to further enhance the prestige of the institution.
He further said that the citizens should be provided with transport facilities and services in the office following the policy of Salam Kalam so that the citizens could easily benefit from the measures and reforms taken by the City Traffic Police Peshawar.