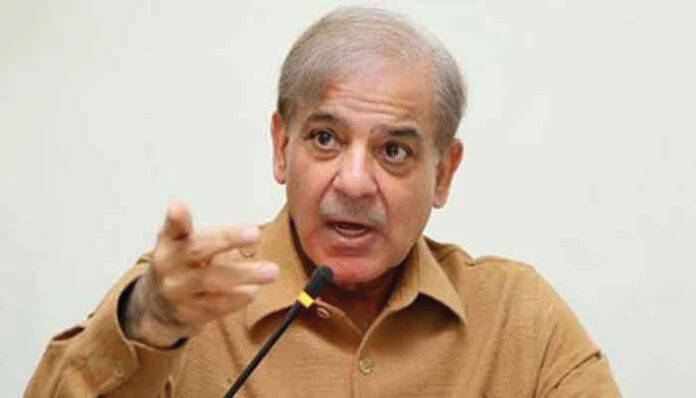 ISLAMABAD
The opposition leaders on Friday lambasted National Assembly Speaker Asad Qaiser for, what they called, violating the law and the Constitution and warned the government of severe consequences if it again played foul on the coming Monday.
Addressing the media outside Parliament after abrupt adjournment of the National Assembly (NA) session till March 28 [Monday next], Opposition Leader Shehbaz Sharif regretted the law had been trampled underfoot that day. “The Speaker was bound to convene the NA session on the no-confidence motion within 14 days,” he stated.
“What difficulty was there? The Speaker could have convened the NA meeting before March 21,” he emphasised and accused the Speaker of violating Article 6 of the Constitution.
“Law and the Constitution are above traditions. The traditions have their own place, but, the Speaker should have conducted voting for no-confidence motion,” Shehbaz stated. He also blamed the Speaker for playing a heinous role, adding that eyes of the entire nation were at the Parliament.
“The Speaker has reconvened the NA meeting on March 28 [Monday]. We will take every legal action if he again commits any unconstitutional act,” he warned. “There will be ‘Dama Dam Mast Qalandar’ if the Speaker again tries to play foul in the NA session,” he added. The PML-N president said the name of the speaker would be written in black words in the annals of history. He rued that he was not allowed to speak on the floor of the house by the speaker.
Pakistan People’s Party (PPP) Chairman Bilawal Bhutto Zardari said that the Speaker had become a ‘facilitator’ of Imran Khan.
“They [the government] looked frightened when the opposition submitted the no-confidence motion to the Parliament,” he claimed and added that the government attempted to spread terror by orchestrating attack on the Sindh House.
“We will not allow Imran Khan to run away,” Bilawal alleged and stated that all the opposition parties in Pakistan were united. “The fugitive prime minister has lost majority in the Parliament,” said the PPP chairman and added that the coward prime minister would not be allowed to flee.
“The next prime minister will be elected,” Bilawal noted and vowed that the opposition would fight the undemocratic forces through democracy.
Jamiat Ulema-e-Islam (JUI) leader Maulana Asad Mehmood said that the role of the Speaker was like that of a personal servant of the prime minister.
“What the Speaker said was not the talk of the custodian of the House but that of Imran Khan’s personal servant,” Asad censured and added that the Speaker was seeking votes for the prime minister.
“The Speaker is holding meetings with the government’s allies as part of his party delegations,” Asad alleged and added that the role of the Speaker in the history of Pakistan would be written in black words.
He also blamed the government for perpetrating state terrorism against the parliamentarians, adding: “We will show our full strength inside and outside the Parliament.”
Balochistan National Party (BNP) chairman Sardar Akhtar Mengal said that the government had been in confusion since the submission of the no-confidence motion.
“The assembly is run in the light of the Constitution,” Mengal pointed out and added if the government had majority in the Parliament, it would not have resorted to mean tactics.
“The government has not spared anything that does not violate the Constitution,” maintained Sardar Akhtar Mengal.
Awami National Party (ANP) leader Ameer Haider Khan Hoti said that the Speaker violated the Constitution by not convening the NA meeting within 14 days after submission of the no-confidence motion to the Parliament.
“Asad Qaiser appears to be the chief whip of Pakistan Tehreek-e-Insaf (PTI) instead of the Speaker,” he deplored and added that the government needed to prove majority in the Parliament, not in the public meeting.
National Democratic Movement chairman Mohsin Dawar said that the Speaker cared about traditions, not the Constitution. “How long will they [the government] be able to retain their power?” he questioned.