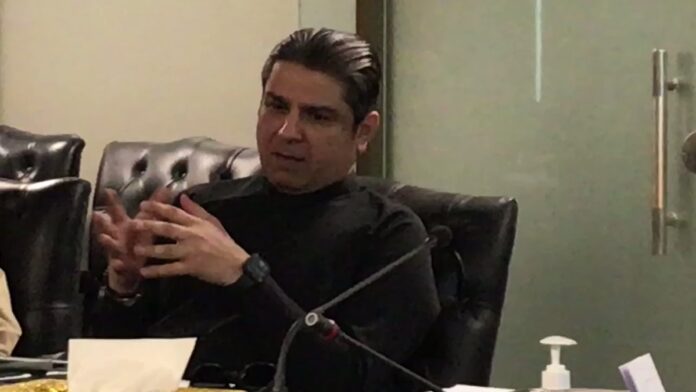 ISLAMABAD
Minister for Inter-provincial Coordination Ehsan-ur-Rehman Mazari was briefed about the operation and mandate of minister on at IPC Ministry on Saturday.
Since the oath he took it was his first meeting and The IPC secretary briefed him about the roles of various sections and wings of IPC and details about various programmes going on under the ministry.
The minister was briefed in the major achievements and the ministry’s role for conducting the 2023 South Asian Games to be hosted by Pakistan and the steps to solve FIFA member cises.
The briefing presented was comprised of functions, budget and role of the Pakistan Sports Board (PSB) in promoting sports.
PSB director general retired Col Asif Zaman during the meeting gave an overview of various schemes of the board. Salient features of the new National Sports Policy also came under discussion. It was informed that establishment of a sports university was also on the agenda of the IPC ministry. He also told minister that the cash reward which is under review for winner athletes.
Mazari stressed expediting the work on various schemes and directed separate meetings on important issues.
While speaking on the occasion she said, “Sports and tourism are integral for promoting the soft image of Pakistan. We will have to utilise whatever resources we have to enhance the soft image of the country.”