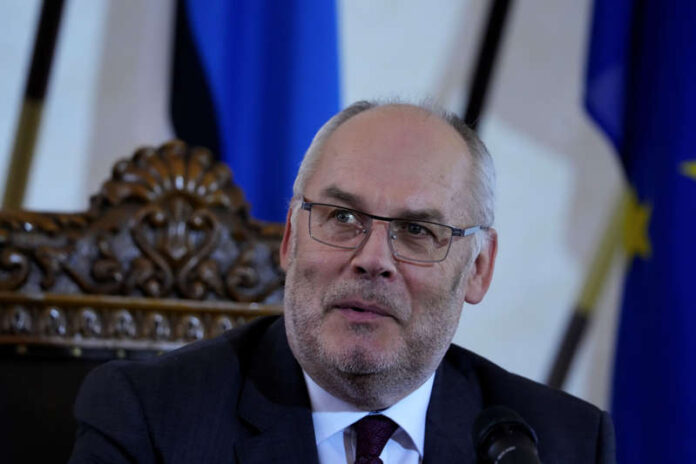 His confirmation came in the second round of ballot after he failed to secure the necessary two-thirds support from lawmakers a day earlier, despite being the only candidate nominated for the role.

“I thank all of those who voted for me and also those who didn’t. I promise to be a good partner for the Riigikogu,” Mr Karis, 63, said in a short speech after the tally was announced.

The leader crossed the threshold of 68 votes in the 101-seat Riigikogu legislature in the second round on Tuesday after receiving support from about 72 lawmakers. Eight lawmakers left the ballot blank while the rest were either absent or abstained.

Nominated for the position by Prime Minister Kaja Kallas’s Reform Party and the Centre Party, the two largest parties which together form the governing coalition, Mr Karis received support from all except the far-right EKRE whose members decided to abstain from voting.

However, no other candidate was able to contest against Mr Karis, as they failed to receive the backing from a minimum of 21 lawmaker — an unprecedented situation in the Baltic nation since it regained independence 30 years ago.

The position is largely seen as symbolic in the Baltic state where the functions largely involve representing the country abroad and acting as a domestic opinion leader. Presidential powers include being the supreme commander of Estonia’s armed forces, formally appointing government members and signing law to give them legal legitimacy. They can also veto law proposals.

A native of Tartu, Estonia’s second-largest city after the country’s capital Tallinn, the president-elect is a molecular geneticist and developmental biologist. Mr Karis, who served as an Auditor General in 2013-2018, is expected to assume the post on 11 October.