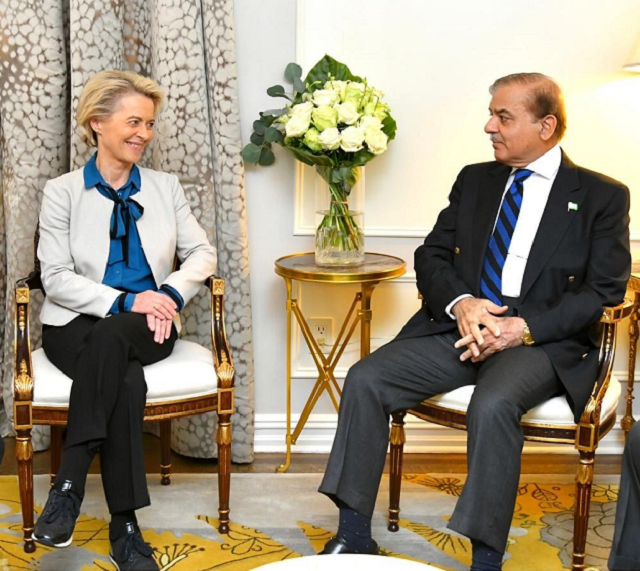 NEW YORK
President of the European Union (EU) Commission Ursula von der Leyen met Prime Minister Shehbaz Sharif on the sidelines of the 77th session of the UN General Assembly in New York and announced “new humanitarian aid” in the coming weeks for flood-ravaged Pakistan. During the meeting, the former German defence minister who now heads the EU commission expressed sorrow over the destruction and loss of life due to the unprecedented flooding in the country.
“The EU Commission is with you. We will come forward with new humanitarian aid in the coming weeks, to support the people of Pakistan,” she said in a tweet after meeting with the premier. The raging floods have affected over 33 million of the country’s approximately 220 million people, causing a staggering loss of over $40 billion in damages to an already weakened infrastructure.
The death toll due to floods has risen to 1,569 since mid-June, according to the country’s National Disaster Management Authority’s latest data.