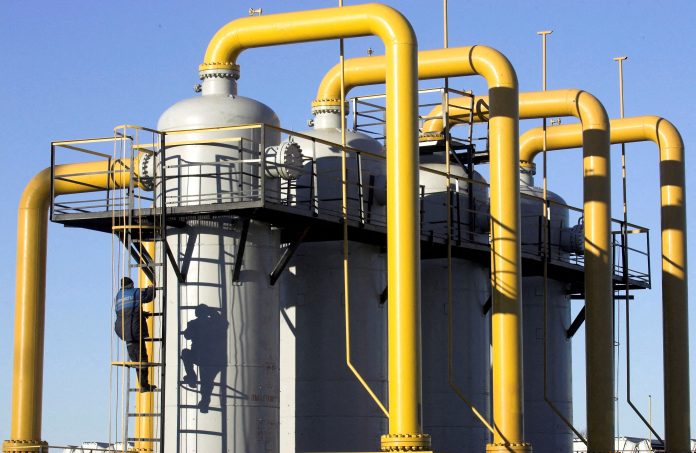 ROME
EU leaders are developing a plan to limit the price member states pay for Russian gas imports, Italian newspaper La Repubblica reported, noting that the proposal will target pipeline gas and exclude liquefied natural gas (LNG).
The idea of capping natural gas prices was proposed by Italy to help reduce inflation in the EU. Italy has pledged to completely replace Russian gas, which accounts for 40% of its imports, within two years.
However, other European countries have raised doubts about the effectiveness of such a measure.
According to the daily, the EU aims to cap the price at €80-90 per MWh for consumers.
The newspaper noted that the price reached €120 per MWh this week, and has exceeded €200 per MWh on some days of the Russia-Ukraine conflict.
Energy prices had already begun soaring before the Ukraine conflict, and governments have acknowledged that the crisis has been partly driven by market speculation.
The price cap measure could prompt Moscow to completely halt gas deliveries to Europe, La Repubblica wrote. It pointed out that despite new agreements with other gas producers, including Algeria, EU countries are so far unable to meet their energy needs without Russian gas.
The US Treasury Department said three days ago that Washington is working with its allies to further restrict Russia’s energy revenues by imposing a price cap on oil bought from the country.