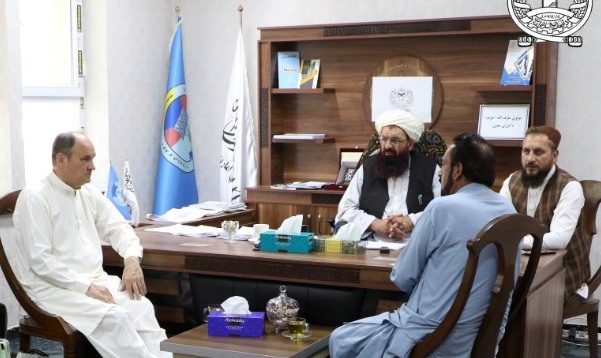 KABUL
A group of Russian companies have shown interest in developing wind, gas, and hydro turbines and investing in generating 30MW of electricity from coal and other sources, Bakhtar News Agency reported the other day.
In a meeting with Mawlavi Arefullah Aref, Deputy Minister of Energy and Water, head of the company Khemis Makhyanov discussed issues of investments in Afghanistan’s energy production sector, the agency said.
The Ministry of Energy and Water also said in a statement that the head of the Russian group of companies was interested in investment in the implementation of energy production projects from coal and other energy sources in Afghanistan, the agency quoted.
The deputy minister praised the interest of Russian energy companies investing in Afghanistan and stressed the need for greater coordination and the start of practical measures for cooperation.
According to another report, the representative of the Turkish company (Emin Electricity) in a meeting with Mawlavi Arefullah Aref, the Deputy Minister reassured his interest in investment in the energy production projects in the country and called for cooperation in this field. Officials at the Ministry of Water and Energy say that attracting investment to generate energy is one of the ministry’s top priorities and that it has recently launched several programs to attract national and international investors.