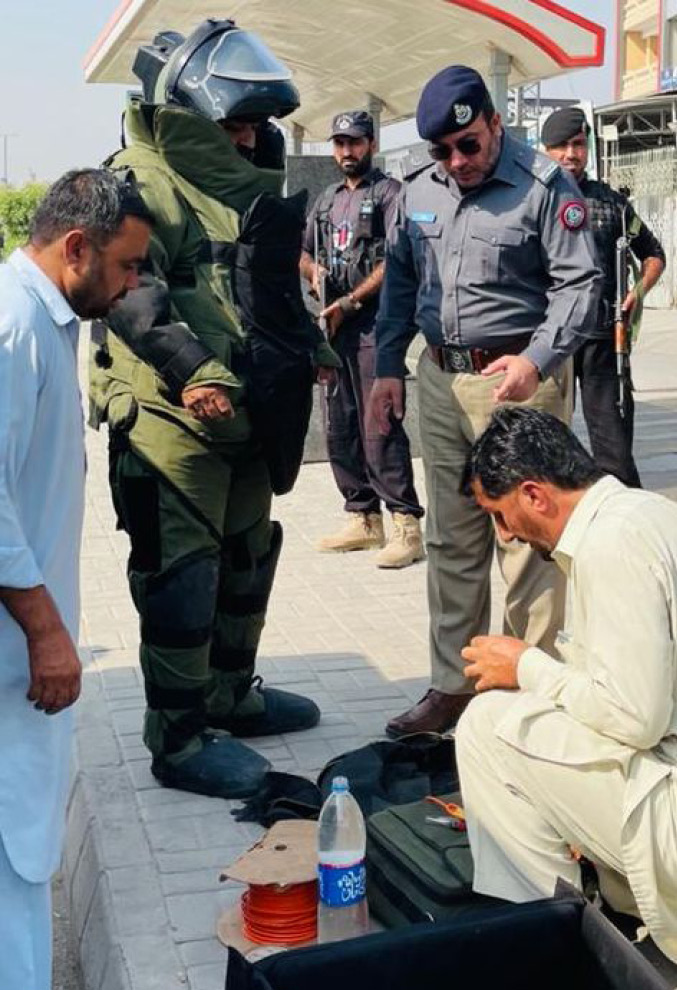 Haqnawaz’shinwari
PESHAWAR
Police here on Monday recovered a big quantity of explosive materials lying buried near a local motor bargain on Ring road near Patang-Chwk Peshawar. Acting on a tip-off, the official of Bomb Disposal Unit (BDU) under the supervision of SP City Atiq Shah dug out the martial hidden underground.
According to the BDU, the material weighs more than two kilograms. Police said that a comprehensive search operation has been launched in the areas and investigation has been carried out on different angles to reach the real culprits.

Sexual Harassment at workplace is a crime and will be curbed, says chairperson PCSW Dr Riffat sardar