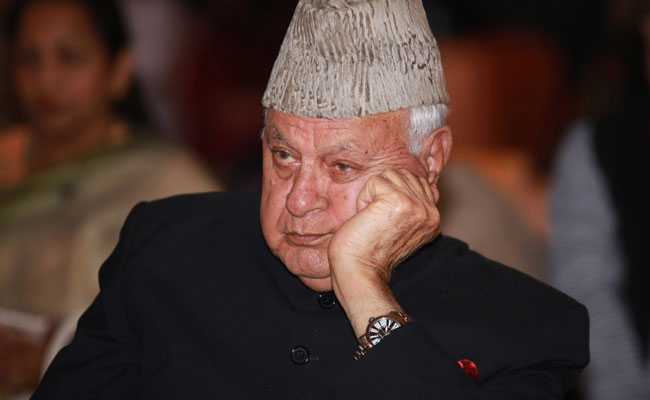 SRINAGAR
NC Chief Farooq Abdullah will be in jail very soon and it is clear that the People’s Democratic Party (PDP) politics are now buried in the graveyard, BJP General Secretary in-charge of Kashmir Sunil Sharma said claiming that Kashmiri people have rejected both opposition parties (the PDP and the NC).
Commenting on the upcoming polls in Jammu and Kashmir, the BJP state chief assured that the ‘next Chief Minister of Jammu and Kashmir will be from BJP’ adding that the BJP will without a doubt form government in J-K and this would be painful for the opposition parties in the state to watch.
According to The Kashmir Walla, he also claimed that while BJP will be in power in the state, ‘Farooq Abdullah will be counting his losses sitting in jail’.
Speaking about Article 370, Sunil Sharma said, “those who speak about the return of Article 370 are misleading the Kashmiri people. Opposition parties have their own agenda and are trying hard to keep their politics alive.” Sunil Sharma said, as per the report, that the PDP would now ‘try and disrupt peace in Kashmir by using businessmen connected to the fruit industry’. He said the Kashmiri people would not accept such misleading politics.
The state chief said that the BJP Chief Minister candidate for J-K will be announced soon and reiterated that BJP would not need help from other political parties to form government.
He also made strong allegations against opposition parties alleging that the National Conference is involved in the killing and looting, reads the report.
Praising the BJP, Sharma said that there have been revolutionary changes in construction and development in J-K during the BJP era and claimed that the people of J-K have been exploited by the NC and PDP for the past seventy years. He said the Kashmiris are now backing only the BJP.
Speaking about the rally in Baramulla that the Home Minister Amit Shah would hold, Sharma called it ‘historic’ and urged local BJP workers to strengthen the party at the grassroots level so that it would help the party form the government on its own in J-K.