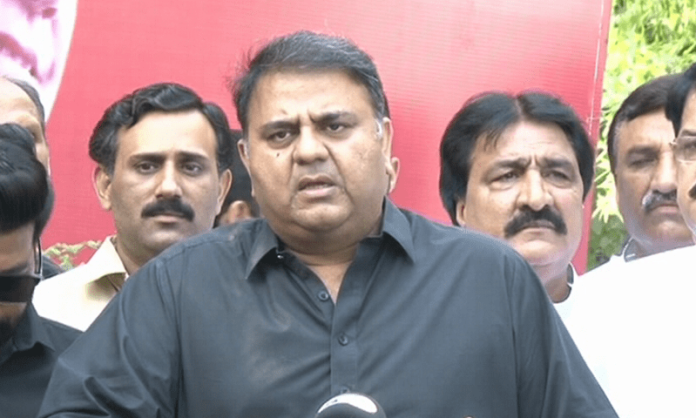 PTI leader and former minister Fawad Chaudhry said Monday final preparations for his party’s “Haqiqi Azadi March” are in full swings.
“Preparations for Haqiqi Azadi March are now in full bloom as the meeting of Punjab and Khyber Pakhtunkhwa’s party presidents and general secretaries will be held today (Monday),” Fawad tweeted on Monday morning.
“Final stage of our struggle has arrived. Whole of Pakistan must get ready to fight their (government’s) worst fascism. People’s court will decide its own matters,” he wrote.
In a subsequent tweet, Chadhry said country’s economy had been wrecked by the current government during past six years. “Country’s economy has been wrecked in these past six months and these thieves have given away an NRO (National Reconciliation Order) worth 1100 billion rupees to themselves,” he wrote.
“Institutions’ dignity was compromised and now policies on Kashmir and Palestine will be changed,” Fawad alleged, adding that “Worst torture on media journalists and censorship were the biggest outcomes of this system.”
Ends/ONLINE
RT/TR/AY