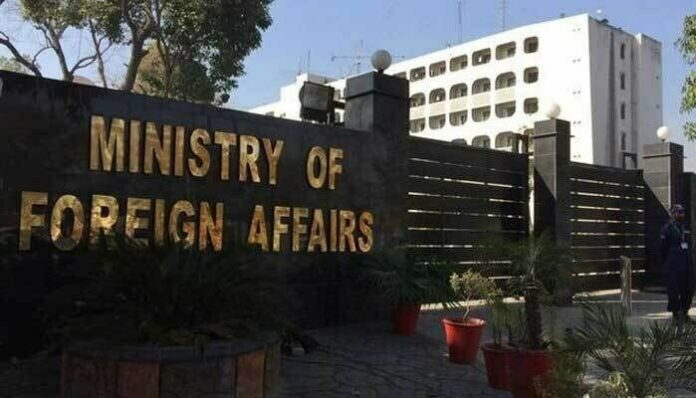 ISLAMABAD
The Ministry of Foreign Affairs (MOFA) has confirmed that the twitter account of Pakistan Embassy in Serbia was hacked and no such statement has been issued by the embassy on its social media platform.
Earlier, a tweet claimed, “Employees of the Pakistani embassy in Serbia have been deprived of salaries for three months.”
However, the government had tackled the matter by declaring that the twitter account of the Pakistani Embassy in Serbia got hacked.
The Serbian employees working for Pakistani embassy tweeted a post along video by expressing frustration over the performance of Prime Minister Imran Khan and his cabinet.
Along with this video, Pakistan Embassy Serbia also wrote in tweet that: inflation is breaking all previous records.
Prime Minister Imran Khan, how long do you hope that we government officials will remain silent and continue to work despite not receiving three months’ salary and our children are being expelled from schools due to non-payment of fees?
Both the foreign office and Prime Minister’s Focal Person for Digital Media Dr. Arslan have stated that the account was hacked. The tweet was deleted in two and a half hours.