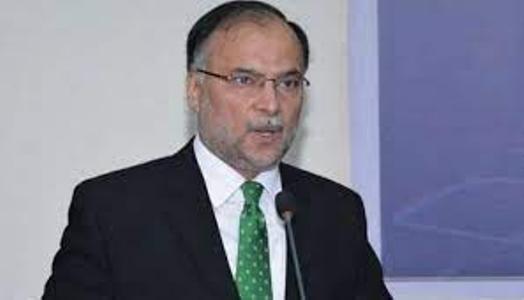 Minister for Planning and Development, Ahsan Iqbal has said the government, despite having a limited tenure, is doing its best to improve country’s economy.
Addressing a news conference in Lahore on Saturday, he said Pakistan Tehreek-e-Insaf ruined the economy before leaving the government, however the present government took the economy out of crisis, which will further improve in the coming six to eight months.
Ahsan Iqbal said boosting exports is the only way to take the economy forward in the right direction.
He also stressed the need to double the tax to GDP ratio to provide resources for the country’s progress.
The Minister said we will have to boost our production capabilities. He said China has offered brotherly assistance to improve Pakistan’s economy.
Ahsan Iqbal said political stability, continuity in economic policies and social solidarity are needed for a country’s progress.