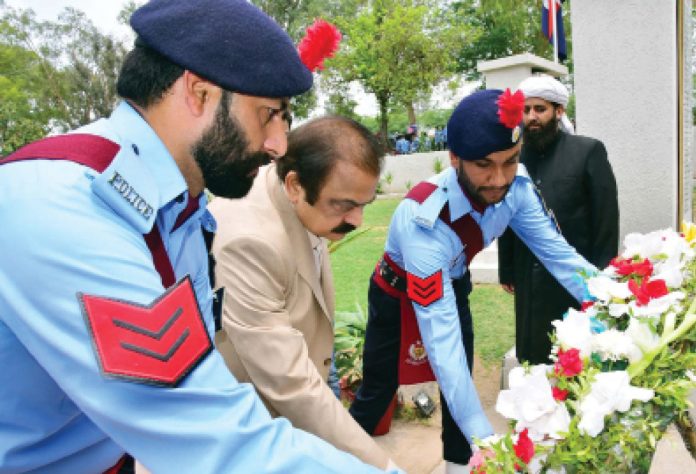 ISLAMABAD
Interior minister Rana Sanaullah has said IMF ( Ne Hamme Tigni ka nach nacha diya) has turned around our little finger to provide us one billion dollars.
He said this while addressing a ceremony to pay tribute to martyrs of the police in Islamabad.
It was must to hold talks with IMF at every cost, he said adding the former government entered into wrong agreement with IMF which was replete with faults and conditions were also not proper.
We tried hard not to hike the price of the petroleum products, he held. We also thought to go for election instead of increasing the prices. Had we gone to election then the country would have become bankrupt.
The national economy and law and order situation will improve only when the entire leadership sits together and talk, he remarked
Imran Khan government changed fate of only Farah Gogi and Ahsan Gujjar, he observed. Had he wanted to do some thing for the country he could do so during four years, he added.
The key to improvement in national economy and law and order situation lies in political consensus.
He claimed Imran Khan is not ready to sit with any one. PTI chairman says he will not spare any one. He hurls abuses on people. He says he will not spare such and such person.
Nation will support those who are taking the country forward with consensus..Imran Khan threats of public meetings and long marches, he underlined.
Peace prevails in the country due to shuhadas, he remarked. Police officers embraced shahadat in the line of duty.
I have asked IG to provide list of requirements of Islamabad police, he indicated.