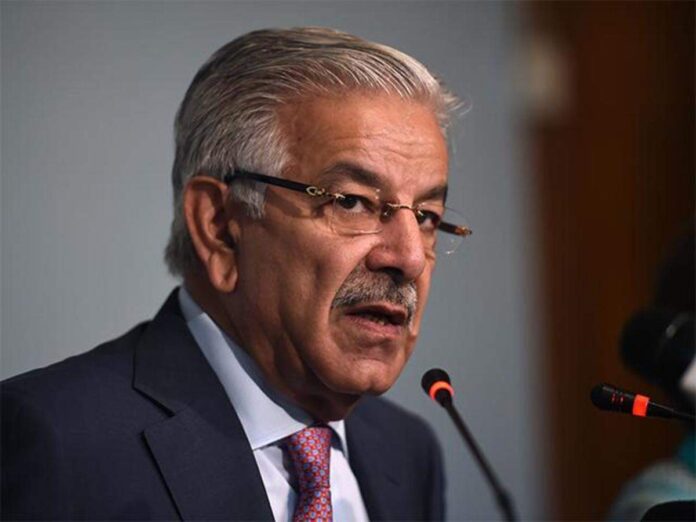 “Miftah is performing well under difficult circumstances, with immense criticism […] from within PML-N,” says defence minister Khawaja Asif
Islamabad
Defence Minister Khwaja Asif Saturday spoke in support of Finance Minister Miftah Ismail after the former hinted that he was facing criticism within the party. Earlier, the finance minister said that he was “not supposed to” appear on national television the night before to announce a hike in the prices of petroleum products but he did so after being asked by Prime Minister Shehbaz Sharif.
His comments came after a clip of his appearance on a television show was shared on social media.
However, the defence minister appreciated his colleague for executing his duties “under difficult circumstances” and called him one of the “hardest working” member of PM Shehbaz’s team. “FM Miftah is among the hardest working members of PM’s team, accessible to all stakeholders. He is performing very well under difficult circumstances, with immense criticism from vested interests — including, and unfortunately, from within PML-N. Time to show solidarity with Miftah,” tweeted the defence minister. Hours after Asif’s tweet, senior PML-N leader Shahid Khaqan Abbasi also came out in Miftah’s support.
“Miftah Ismail’s knowledge of economics and the Pakistan economy is without parallel in Pakistan politics today. He is one of the most effective members of PM’s cabinet,” said the former prime minister.
The PML-N leader said that the finance minister “played a crucial role in saving Pakistan from default and in implementing PML-N’s economic reform agenda”.
The finance minister is under pressure since the government announced multiple hikes in petroleum products and the delay in the revival of the International Monetary Fund bailout programme.
Along with this, the news of senior leader Ishaq Dar’s return to Pakistan has also added fuel to the fire as many believe that Miftah may be shown the door and asked to hand over the reins of the finance ministry to senator-elect.
The possible changeover, just a few months after the coalition government took office, has left economists and commentators concerned over its possible impact on the economy and the ongoing talks with the IMF.