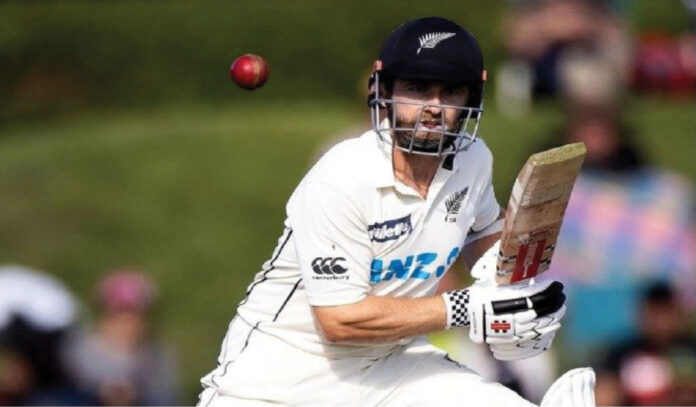 MUMBAI
New Zealand skipper Kane Williamson along with three key Indian players was ruled out of the second Test in Mumbai on Friday by injuries, as the first session of the match was delayed due to wet ground after rain.
Tom Latham was to lead the tourists following Williamson’s elbow injury, according to New Zealand cricket, whose side earned a hard-fought draw in the first of the two-match series.
India’s Ajinkya Rahane (hamstring), Ishant Sharma (dislocated finger) and Ravindra Jadeja (forearm) were all also ruled out, with the XI to be announced at the toss, which was rescheduled to 11:30am (0600 GMT).
Mumbai witnessed unseasonable rain over the previous two days and after two inspections at a sunny Wankhede Stadium, the umpires decided lunch would be taken early and the match would start at noon.
Williamson’s troublesome left elbow “flared up” during the first Test in Kanpur, New Zealand coach Gary Stead said.
“It has been a really tough time for Kane having to deal with such a persistent injury,” said Stead.
“While we’ve been able to manage the injury through the year and the T20 World Cup, the shift to Test cricket and the increased batting load has re-aggravated his elbow.”
India skipper Virat Kohli returns to action after he stepped down as national T20 captain last month following the World Cup and took a short break.