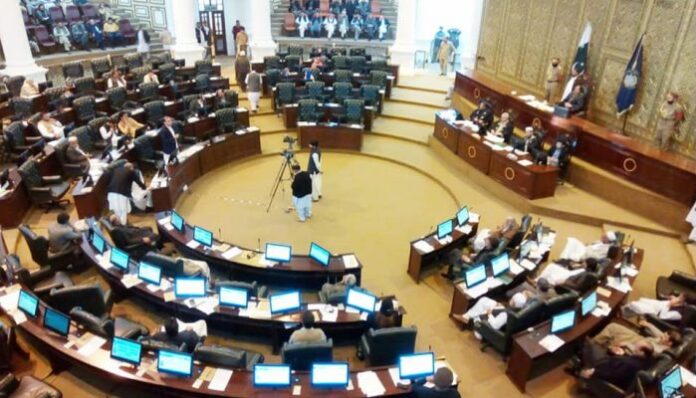 PESHAWAR
The Khyber Pakhtunkhwa Assembly Tuesday could not last more than 35 minutes due to lack of quorum and only “KP Urban Areas Development Authorities (Amendment) Bill, 2022 could be passed and adjourned till January 31.
The assembly proceeding chaired by Deputy Speaker Mahmood Jan passed the urban areas development amendment bill for acquiring land on the basis of land sharing formula.
The bill was moved by Minister for Irrigation Arshad Ayub Khan. Meanwhile, Bahadar Khan of ANP, pointed out quorum and the chair ordered to ring the bell three times so that the members could join the proceedings but the quorum could not be completed and the chair adjourned the proceedings till January 31, 1400 hours.
It is to mention here that the current session of the provincial assembly had a total nine sittings out of which eight were adjourned due to lack of quorum without completing the agenda items.