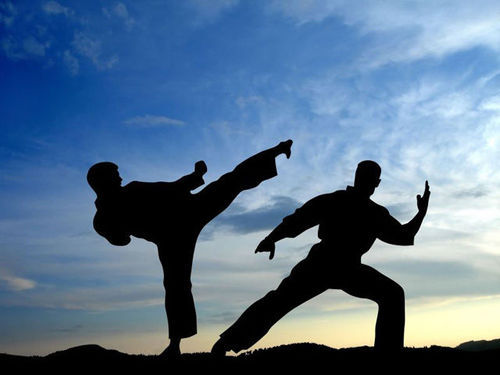 PESHAWAR
President Khyber Pakhtunkhwa Karate Association Khursheed Khan Thursday said that he is taking all possible steps for the promotion and development of Karate in across Khyber Pakhtunkhwa and that is why succeeded in producing world class players at international.
He was accompanied by two SAF Gold Medalists in Karate Khalid Noor, who is also General Secretary KP Karate Association, Liaquat Khan Yousafzai, Secretary KP Jujitsu Association Tehseen Ullah Khan and other dignitaries were also present.
“We are working hard by providing due opportunities to the male and female players who are winning medals at national and international level,” Khursheed Khan who hosted a reception in the honor of the newly elected office bearers of the Sports Writers Association KP here at Pearl Continental Hotel here, said.
He said that our athletes have won medals for the country and the nation in other international events including the National Games in Karate and other competitions recently held at the South Asian Games. He said that the recent national karate championship held in Quetta, Khyber Pakhtunkhwa male and female got good numbers of medals.
It was a very successful event in which athletes from all over the country participated and the best facilities were provided to the athletes and officials to watch the competitions. In these competitions where the players were given the opportunity to come forward, the players showed their best talents and such events will continue in the future as well.
He congratulated the newly elected cabinet of Sports Writers Association, Khyber Pakhtunkhwa President Asim Shiraz, General Secretary Shahid Afridi and other officials and hoped that they would promote sports and development in the province.
“I will continue to play my full role,’’ Khalid Noor said. “We have produced the best athletes,” he said. He said everyone should work hard so that more and more players could reach the national and international levels. He said that they are working day and night to make the players. “We have been working hard for years and we hope that we will work with them. International level players will also be trained,” he said.
President Sports Writers Association Asim Shiraz while paying tributes to Karate Association President Khurshid Khan and General Secretary Khalid Noor said that the association would continue for the promotion of sports.