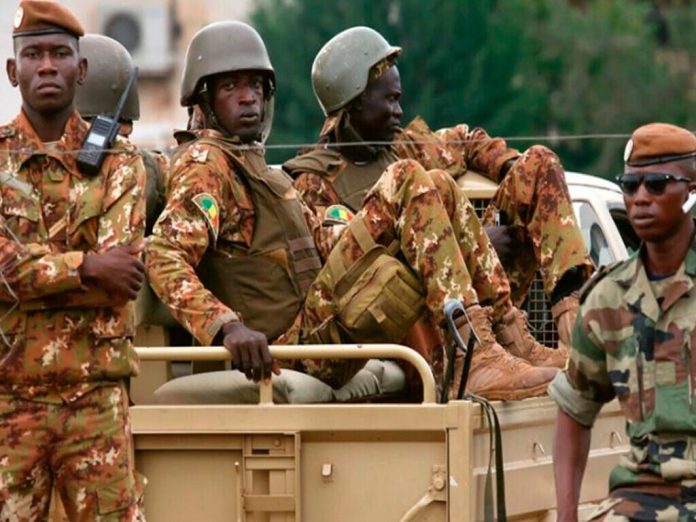 BAMAKO
Mali’s army on Thursday said it had carried out air strikes against Al-Qaeda affiliated Macina Katiba militants in the country’s center following the massacre of at least 132 civilians.
It carried out strikes between Monday and Wednesday around Bankass and Segue, near where the mass killing took place, and also further afield around Djenne and Tenenkou, the army said in a statement.
“These actions resulted from efforts to search for and gather information on the perpetrators of the attacks against civilians on 18 June,” the statement said.
The army did not provide any assessment of the operations, which no other sources have confirmed.
Mali suffered one of its worst civilian killings over the weekend, the latest in an ongoing series of massacres across the Sahel.
According to the government, 132 civilians were killed in Diallassagou and two surrounding villages, a few dozen kilometers from the town of Bankass.
The Malian army described the killings as a backlash against the “strong pressure” it says it has put them under in recent months.
The UN, France and other international observers have expressed grave concern about the deteriorating security situation in Mali.
Dozens of civilians protested on Tuesday in Bankass to demand state protection.
Mali has since 2012 been rocked by militant insurgencies.
Violence began in the north and then spread to the center and neighboring Burkina Faso and Niger.