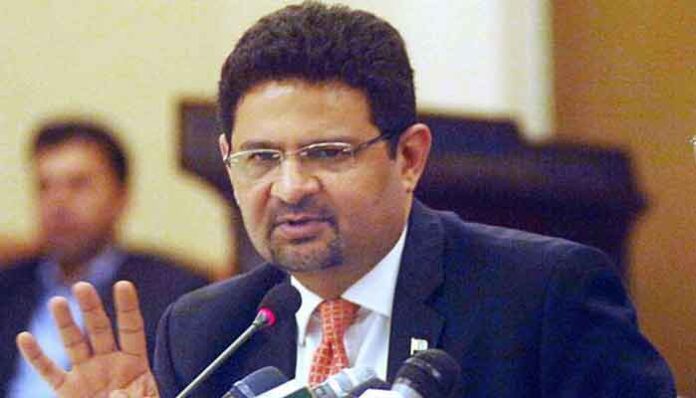 KARACHI
Finance Minister Miftah Ismail has said that government will not remove ban on the import of luxury items for the betterment of economy.
Addressing the Karachi Chamber of Commerce and Industry (KCCI) on Saturday, the finance minister said that the government imposed ban on luxury items for the improvement of economy. He refused to lift ban on the import of mobile phones, home appliances and vehicles.
Miftah said that there are difficulties in demanding loan now and the government also feels shame as well. “…when I asked a [Gulf] state’s officials to give us loans, they told me that we haven’t repaid their earlier loans. I feel ashamed. It isn’t a good feeling that you still have to ask for loans,” he said.
He said that the government had spent Rs5 billion on the flood situation. “Karachi-based industrialists should contribute to the Prime Minister’s Relief Fund. I challenge the exporters to touch the mark of Rs36 billion in export,” he added.
“The former government had increased the loan by 79 percent. The current deficit will increase with an increase in the loan,” he maintained.
The minister said that the country was on the verge of destruction when the ruling alliance assumed the power. “We have to improve the economy and for this reason, we had to make difficult decisions,” he added.
He said that there is need to increase the export-based growth.
The Finance Minister said that Pakistan’s economic hardships would continue till September but expressed hope of reviving the economy after obtaining loans from global institutions and friendly countries.
He said that the coalition government had taken tough decisions — cutting subsidies and broadening the tax base — after coming into power — and apologised to the businessmen for it.
“We will face difficulties till September. You will have to pay your share of tax no matter what […] and I apologise for the difficulties everyone is facing, but my primary objective is to save the country from default,” Miftah said.
The finance minister said that economy is moving in the right direction due to the “prudent policies” of the government and steps that are being taken to stabilise it.
And for bringing the economy on the right track, the finance minister said the government had to take tough decisions of withdrawing subsidies on petroleum products and power.
The finance minister also confirmed that the United Arab Emirates (UAE) was investing in the country’s stock exchange — in its bid to expand bilateral economic ties.
Earlier, the UAE expressed its intention to invest $1 billion in Pakistani companies in various economic and investment sectors.
The state-owned Emirati news agency reported that the move aims to explore new investment opportunities and areas for cooperation in projects across various sectors, so as to expand bilateral economic relations in the best interest of the two countries.
Responding to a question about the rupee’s upward trajectory against the US dollar, the finance minister clarified that neither the State Bank nor the government had “directly intervened” to bring the dollar’s value down.
The Pakistani rupee has been on a winning streak as it continued to gain against the dollar for the sixth consecutive session this week after it broke its 10-day losing streak.
The rupee closed at 224.04 this week, and it is expected to keep gaining in the coming days. Also, if the International Monetary Fund (IMF) provides the much-awaited loan, then experts believe the dollar will fall to 180-190.
Moreover, the foreign exchange reserves continued to deplete and fell to $8,385.4 million as of July 29.
The move, however, helped shrink Pakistan’s exports near a quarter over the previous month and 5.2% over the corresponding month of the last fiscal year.
But not losing hope, Miftah told the businessmen: “The government has set the export target at $35 billion for the current fiscal year […] prove me wrong and take it till $36billion.”
Moreover, due to the unavailability of raw materials amid the import ban, Pakistan’s two leading car assemblers, Toyota and Suzuki, have started observing partial shutdowns of their plants.