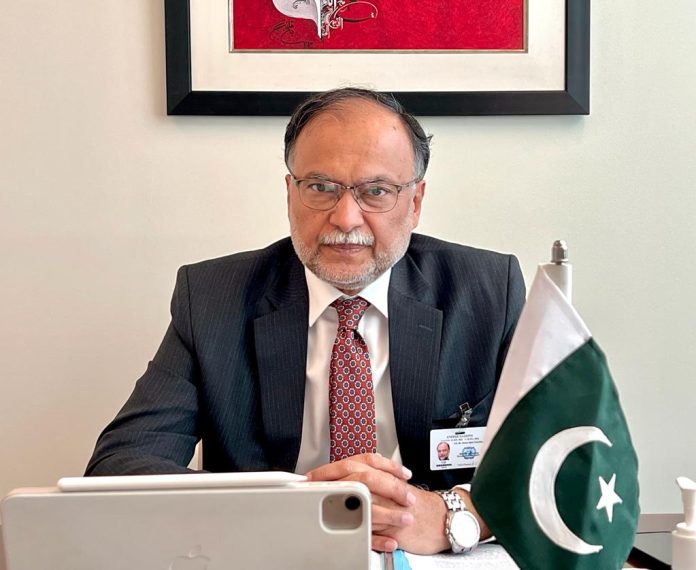 Federal Minister for Planning and Development Works Ahsan Iqbal said Wednesday the Pakistan Democratic Movement (PDM) government will extend all possible cooperation for development of Gilgit-Baltistan (GB).
In a meeting between Governor Gilgit-Baltistan Syed Mehdi Shah who called on him in Islamabad and Ahsan Iqbal, matters pertaining to Development of Gilgit-Baltistan were discussed.
According to media reports, GB’s Governor asked the Federal Minister to provide funds for Public Sector Development projects in Gilgit-Baltistan.
GB’s government has been expressing reservations over federal government’s inability to provide sufficient funds to the Pakistan administered part of Jammu and Kashmir.
In a press conference at Islamabad’s Gilgit Baltistan House few days ago, the incumbent Chief Minister of GB Khalid Khurshid had severely criticized PDM government for non-provision of funds.