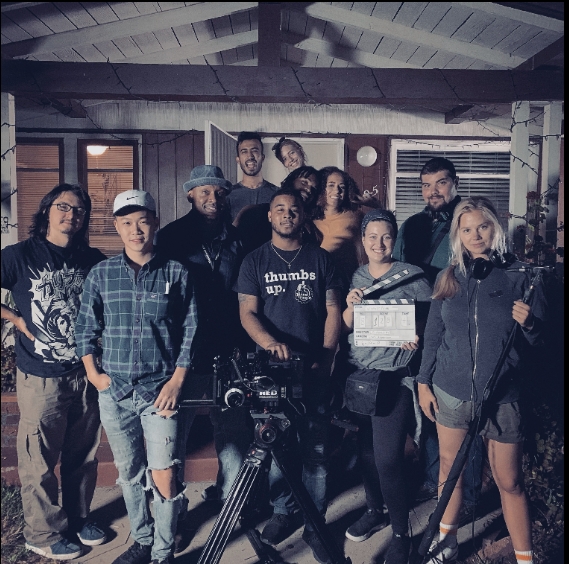 A budding artist should have creativity, a passion for storytelling, strong visual and communication skills, and technical knowledge of filming equipment and software.

All these topographies are found in Lancen Gm. Gaoming Lu, formerly Gaoming Li and known in entertainment as Lancen Gm, is an award-winning film producer and music artist with gifted tunes.

The Chinese-born filmmaker is now rising to the horizon of Hollywood.

Lancen Gm has authenticated his film expertise in some paragon masterpieces of Hollywood as a producer. Such as the movie “CODE 1/2 (CODE One Half),” “Volatility,” and “Three Pick-Up Artists.”

He can make a revolutionary screen in multi-continental places. Additionally, he is adaptable and open to learning about the film industry all over the globe and keeps an eye on the constantly evolving and changing film world.

He has a very keen eye for Pakistani Cinema. He claims Pakistan has a diverse and rapidly growing industry with a rich history and culture. Lancen Gm believes that Pakistani Cinema has recently seen a resurgence with a growing number of independent and critically acclaimed films being produced.

The film industry is also diversifying with more genres and subjects being explored, such as action, drama, comedy, and social issues. Pakistani Cinema is also gaining international recognition through film festivals and awards. Despite facing challenges such as limited resources and a lack of support from the government, the Pakistani film industry is on the rise.

They should also have good organizational and project management skills, as filmmaking involves coordinating many people and resources. Additionally, they are adaptable and able to think on their feet. As a filmmaker, he often involves unexpected challenges and last-minute changes. He thinks creatively and outside the box and is open to new ideas and perspectives.

Representing Hollywood forum, he is confident that Pakistan has produced some excellent artists. The Pakistani film industry, known as Lollywood, primarily produces films in the Urdu language and has limited collaboration with Hollywood.

However, there have been some instances of co-production between the two industries.

He also believes in acting as a bridge between Pakistan and the international film industry if some talented Pakistani artists come forward. Overall, the level of collaboration between the Pakistani and Hollywood film industries is limited, but there are cross-cultural exchanges.

Lancen Gm claims that both Hollywood and Pakistan have a strong film background, and co-producing a film could be a great way to bring the two cultures together and showcase their strengths. Filmmakers from both industries can exchange ideas and collaborate on projects that explore the cultural similarities and differences between the two Cinemas. It is also necessary that Hollywood and Pakistan can jointly host film festivals that showcase the best of their respective film industries and promote cultural understanding.

He thinks that investing more budget is very significant in co-production work. The international film industry and Pakistan can collaborate on investment opportunities for film projects, thereby increasing the funding for film production in both sectors.
Pakistan can also collaborate on using new technology in filmmaking, such as VR, CGI, and animation, on enhancing the quality and scope of filmmaking with the help of Hollywood.

Shan ties the knot with Nische Khan in Peshawar