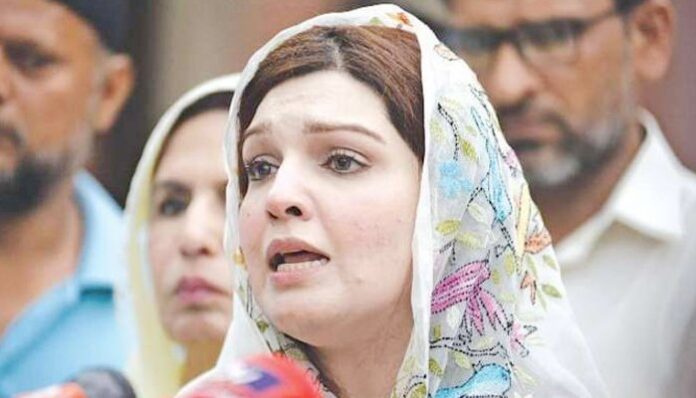 ISLAMABAD
Peace and Culture Organisation Chairperson Mushaal Hussein Mullick Tuesday said that the people of the Indian Illegally Occupied Jammu and Kashmir (IIOJ&K) have been braving the brunt of repression at the hands of brutal army protected under draconian laws for over 75 years.
Mushaal while speaking at a meeting of parliamentary committee on Kashmir here, said that Kashmiris are being brutally victimized, harassed and tortured and killed by 1000,000 Indian military and paramilitary personnel deployed in the Kashmir, said a press release issued here.
The Chairperson raised question as how long will the world watch in silence as India carries out the genocide of the people of Kashmir. Mushaal stated that it would be a travesty of justice on the part of the international community to leave the hapless Kashmiris at the mercy of India’s ruthless and belligerent occupation.
The Hurriyat leader revealed that during the past three decades, over 100,000 Kashmiris have been killed by the fascist Indian forces. She said that the occupation forces crossed all limits of barbarity and inhuman acts as they even use women rape as a weapon of war to defuse the flames of the ongoing just movement for the right to self-determination.
Mushaal said that dozens of senior Hurriyat leaders and young Kashmiris were tortured to death in custody for their sole crime to raise voice for liberating Kashmir from Indian yoke.
She said that senior Hurriyat leader Yasin Malik was kept in death cell, fearing he could have been tortured to death, there efforts should be made to ensure his early release from unlawful detention.
She lamented that fascist Narendra Modi-led Hindutva Indian government was working on a nefarious plan to further marginalize majority population in Kashmir through imperialistic policies such as landgrab, extermination of the locals, forced evictions, rampant aggression, arbitrary arrests, extra-judicial killings, forced disappearances and systematic genocide of the Kashmiri youth in fake encounters.
Moreover, Mushaal said that people of IIOJK were being killed, tortured, raped, and their land was illegally being handed over to non-Kashmiri Hindus in the various parts of the occupied territory in sheer violation of international law and human rights.
However, she stated that there was a widespread despondency among people of Kashmir over the lack of action by the world powers, UN bodies and human rights organizations to help stop the carnage and forceful occupation of their land.
She made it clear that the brutal Indian forces couldn’t dampen the courage of brave Kashmiris as they have been scripting a new history of resistance that would continue to inspire those who believe in freedom, justice and equality.
She demanded that the world body should take decisive step for the grant of the right of self-determination to Kashmiris in the light of UN resolutions and aspirations of the people of the occupied valley.