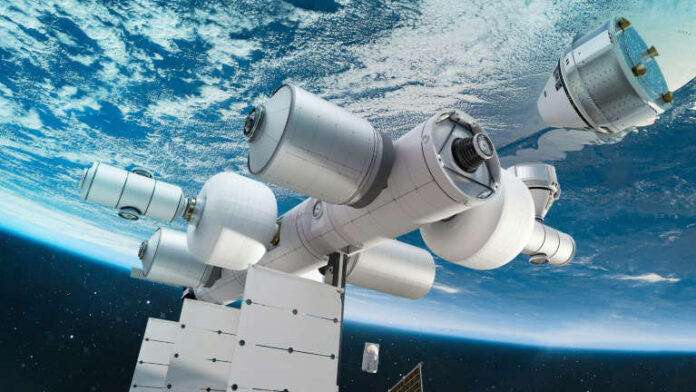 NASA on Thursday awarded three companies hundreds of millions of dollars to develop commercial space stations it hopes will eventually replace the International Space Station, which is due to retire around the end of the decade.

The US space agency is increasingly turning to private industry to develop hardware it once made itself, in order to reduce costs and to focus on its ambitious goals, which include building habitats on the Moon and preparing for a crewed mission to Mars.

“We are partnering with US companies to develop the space destinations where people can visit, live, and work, enabling NASA to continue forging a path in space for the benefit of humanity while fostering commercial activity in space,” said NASA chief Bill Nelson in a statement.

“These awards will help ensure the United States has a continuous human presence” in low Earth orbit, said Phil McAlister, NASA’s director of commercial spaceflight. “A gap would be bad.”

Blue Origin is partnering with Sierra Space to develop Orbital Reef, which will house up to 10 people in the second half of the decade. It has been described as “a mixed-use business park in space” that will support microgravity research and manufacturing

Nanoracks’ space station, which it is developing with Voyager Space and Lockheed Martin, is called “Starlab.”

Northrop Grumman, which already developed a spaceship called Cygnus that provides cargo deliveries to the ISS, plans to build its station module by module, including areas for science, tourism and industrial experimentation.

None of the companies has given an estimate for the total cost of developing the space stations.

McAlister said NASA’s financial contribution to the projects would not exceed 40 percent.

“The sum invested today by NASA to launch this program is small compared to the money that will be required,” said Brent Sherwood, Blue Origin’s senior vice president of advanced development programs.

It has been 21 years since the first long-term residents arrived on the ISS, a symbol of international cooperation, especially between the United States and Russia.

It is currently rated as safe until 2028, and new administrator Nelson has said he hopes it will last until 2030, by which time NASA wants the commercial sector to step up and replace it.