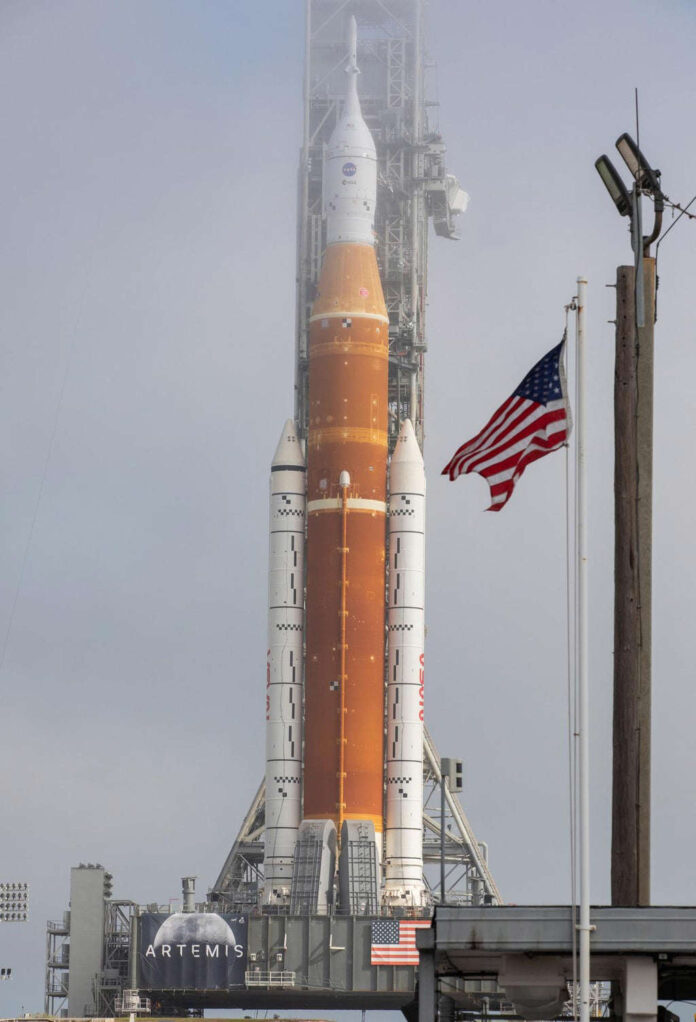 Nasa will conduct a truncated version of an important launchpad test of its new Moonrocket this week, after a stuck valve forced the space agency to cut an earlier test attempt short.

Nasa halted the 4 April “wet dress rehearsal” of its Space Launch System (SLS) rocket and Orion spacecraft after the valve, which helped control gas pressure in the main booster section of the rocket, malfunctioned. A “wet” dress rehearsal includes loading the rocket full of liquid oxygen and hydrogen propellant as well as simulating a countdown to launch.

– Nasa Nasa announced Monday that it will resume the wet dress rehearsal on Tuesday, including loading propellant beginning Thursday, but only in the SLS upper stage, avoiding the main booster and the problematic valve. According to a new Nasa blog, the space agency will have to roll the big rocket back into the Vehicle Assembly Building at Kennedy Space Center, in Florida, in order to evaluate the valve.
It was not clear Monday morning if the truncated wet dress rehearsal would be followed by another, full wet dress rehearsal at a later date or how that might impact Nasa’s launch schedule. Nasa officials had been targeting dates in May, June, or early July for the first ever test flight of the SLS and Orion spacecraft.

SLS and Orion are the cornerstones of Nasa’s Artemis program, which aims to return humans to the Moon by 2025. The first SLS test flight, when it occurs, will be an uncrewed lunar flyby dubbed Artemis I. If all else goes according to plan, Artemis II will send a crew of Nasa astronauts flying by the Moon in May 2024, while Artemis III will place two astronauts on the lunar surface sometime in 2025.