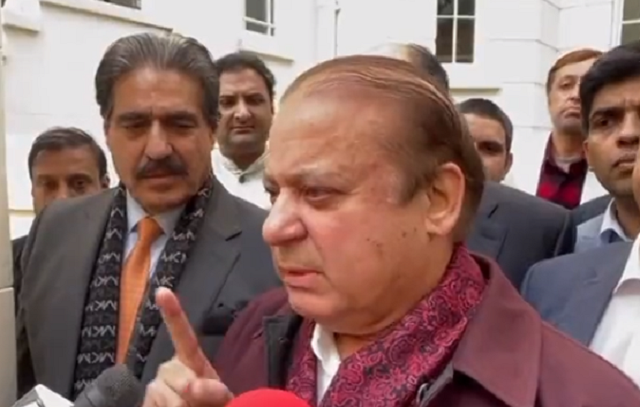 ISLAMABAD
The Pakistan Muslim League-Nawaz (PML-N) has decided to adopt an aggressive approach to the cipher issue.
According to sources, PML-N supreme leader Nawaz Sharif has directed the party from London to give a strong and aggressive response on the matter.
Nawaz has directed the party to inform the public about the matter and to tell them that this “conspiracy” against the state was a “very big conspiracy”.
He also directed them to expose Pakistan Tehreek-e-Insaf (PTI) Chairman Imran Khan’s “false narrative” on electronic and print media and social media with evidence. The party supremo has called for a clear stand on the issue at the government and party level while highlighting that an attempt was made to isolate Pakistan on the diplomatic front.
Party officials and federal ministers have been directed to hold regular press conferences on the “false story”.
Based on the instructions of the PML-N leader, the party has started preparing an action plan on the issue.
PML-N Vice President Maryam Nawaz and other senior party leaders will also hold an important press conference on the issue.
Sources said that Maryam will give a strong and aggressive response to the cipher on the direction of the party leader.
On Saturday, the ruling party held an important meeting under the chairmanship of Prime Minister Shehbaz Sharif, wherein they discussed the cipher and the return of the party supremo to the country.
According to Express News, the participants of the meeting discussed various options to give relief to the people from inflation.
They also consulted on the organisation of PML-N, and the constitutional and legal issues regarding by-elections in Punjab.
Sardar Ayaz Sadiq, Ahsan Iqbal, Marriyum Aurangzeb and other leaders participated in the meeting.