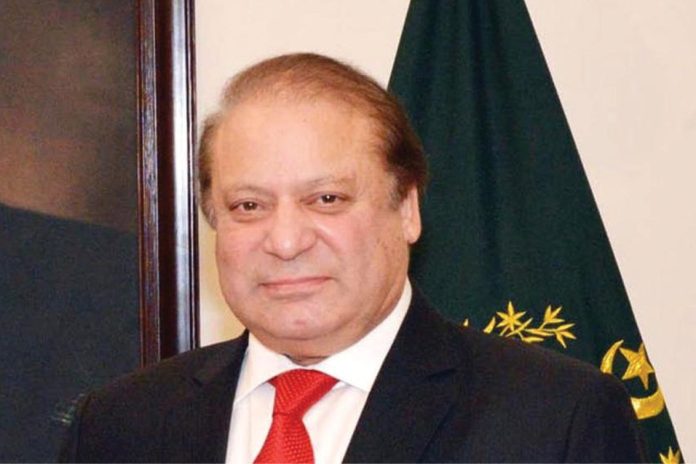 PML-N supremo Nawaz Sharif has completed his consultations with his legal team about his return to Pakistan and the legal team has received green signal for resorting to court in connection with cases , disqualification and sentence.

PML-N sources have told Online Nawaz Sharif has decided in principle to return to Pakistan in view of prevailing situation in the country. He has completed his consultation with party senior leaders and legal team in this regard.

Nawaz Sharif has asked his legal team to approach the courts in connection with his disqualification, sentences and other cases before his arrival in Pakistan.

Sources further said directions have been received by his lawyers from Nawaz Sharif and they have started working out petitions with reference to cases. These petitions will soon be filed in the courts.

Sources told Online the lawyers in first phase will approach courts in connection with bail before arrest of Nawaz Sharif. It is desire of Nawaz Sharif not to go to jail on his return to Pakistan.

The sources further said that Nawaz Sharif on his return to Pakistan will first of all reorganize party and activate it in political field.

PML-N supremo is in constant contact and consultation with office bearers and party key leaders and he has informed them about his decisions.

Sources disclosed that Nawaz Sharif is displeased with key leaders of the party. Certain key leaders are likely to be removed from their party offices over poor and disappointing performance of party in Punjab.

Nawaz Sharif on his return to Pakistan will start holding meetings with party workers and will make Lahore and Islamabad hub of his political activities.

He will also undertake visit of all the four provinces in connection with reorganization of party. PML-N vice president Maryam Nawaz will accompany him during his visits.