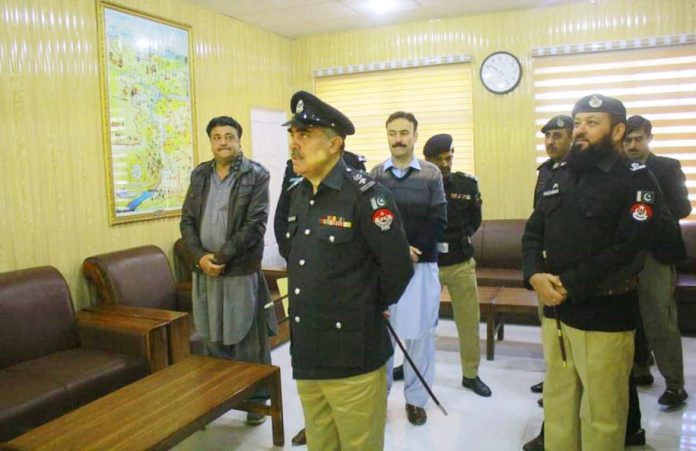 Haqnawaz Shinwari
KURRAM
Abdul Samad Khan, a senior police officer, on Tuesday assumed the charge of District Police Officer (DPO) tribal district Kurram.
On arrival at Police Line Parachinar, a contingent of district police presented him a guard of honor.
He had an introductory meeting with all senior police of the district later.
The newly appointed DPO Abdul Samad Khan also visited and offered flowers at the martyrs’ memorial.
Expressing his views, he said that according to the vision of Inspector General of Police (IGP) Muazzam Jah Ansari and the KP Police, the protection of life and property of the people will be ensured in every way and providing justice to the people at their doorstep is the first priority.
Priority will be given to solving the problems faced by the people, all measures will be implemented and legitimate legal assistance will be provided to the people, he added.
DPO maintained that the officials who perform well will be encouraged and strict action will be taken against the criminal elements and drug dealers without any discrimination in the district.
On this occasion, the newly appointed DPO Karam has asked the people of Karam district to fully cooperate with the police to maintain lasting peace and order in the district.