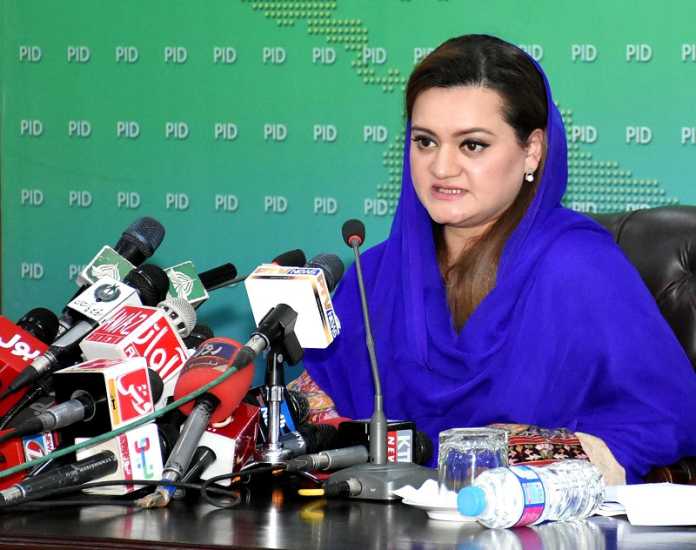 Information minister Marriyum Aurangzeb has said all the media reports about setting up camp office anywhere other than Prime Minister (PM) house are misleading, concocted and unfounded.

“ Circulation of fabricated and baseless reports should be stopped now on media and websites following the assumption of his office as Prime Minister by Mian Shahbaz Sharif, she held.

The media reports about declaring some place as camp office other than PM House are baseless and pack of lies, she added. There is no substance in the media reports on deployment of police force and administrative staff at any place as well.

The media friends are requested to make verification before transmitting any such baseless media reports. Social media users too should reject such negative propaganda, she held.