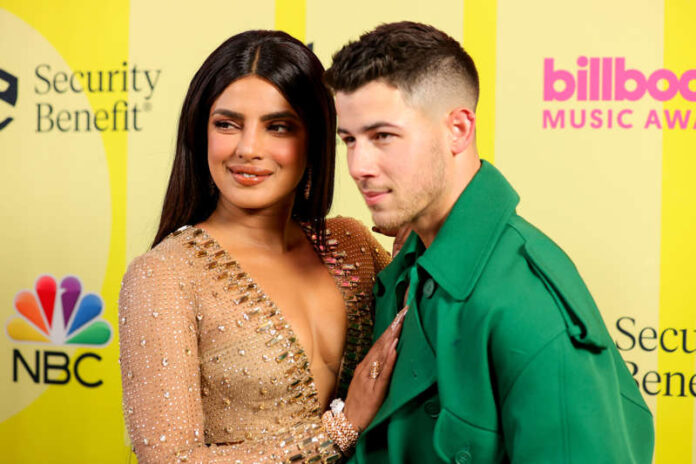 Nick Jonas is “grateful for” his wife Priyanka Chopra Jonas.

The Jonas Brothers star took to Instagram on Thursday (25.11.21) while celebrating Thanksgiving and paid special tribute to his wife Priyanka.

He wrote alongside a picture of himself with the ‘White Tiger’ star: “Happy thanksgiving everyone! Grateful for you @priyankachopra (sic)”

The happy couple are no stranger to heaping praise on one another, as Priyanka recently celebrated Nick’s 29th birthday in September by publicly praising him as “the most compassionate” person she knows.

Alongside a picture of the pair at Nick’s birthday party, she wrote: “Love of my life. Here’s wishing the kindest most compassionate loving person I know a very happy birthday. I love you baby … Thank you for being you. (sic)”

Nick also shared the same image on his own Instagram account, where he revealed the party was a “surprise” put together by Priyanka.

He wrote: “She surprised me for my birthday. She’s the best. #29 thanks for all the love everyone. (sic)”

Meanwhile, the ‘Sucker’ hitmaker previously explained that he has a “magical connection” with the 39-year-old actress.

Asked how their romance differs from his earlier relationships, he said: “It’s just that magical connection you’ve got with somebody when it’s right.”

Nick also revealed that they developed a strong friendship before they started dating.

He explained: “We’re very lucky. We knew each other well before we started dating properly, and I think that foundation as friends always helps in relationships that have evolved in an organic way.

“It’s been a wild first couple of years of marriage, and I’m very blessed to have a life partner that I can rely on, and vice versa hopefully.”