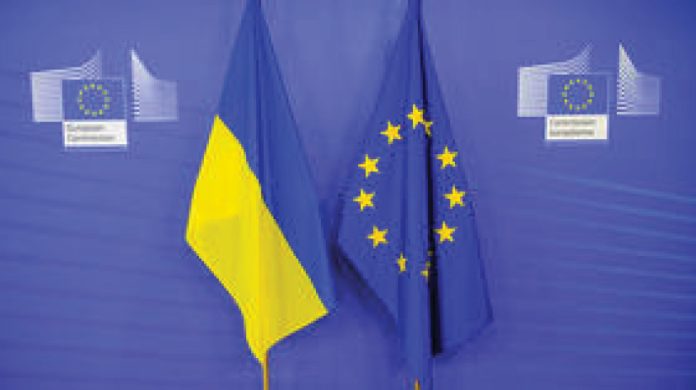 PARIS
Ukraine should not expect a fast track to EU membership despite there being a consensus on granting it candidate status, French Secretary of State for European Affairs Clement Beaune has cautioned.
RT News reported that speaking with the host of France’s Europe 1 radio station on Wednesday, Beaune said there was “total consensus” among EU members that Ukraine is eligible to become a candidate nation. The official added that he expected this to be formally “confirmed on Thursday and Friday.”
On June 23-24, the heads of state and government of all 27 countries comprising the EU will gather in Brussels, with the membership bids of Ukraine, Moldova and Georgia high on the agenda. The French official hastened to warn, however, that “it’s a long process, Ukraine will not be a member of the European Union tomorrow morning.”
Beaune emphasized that Kiev will not be given “accelerated procedure or privilege,” adding that the French parliament will have a final say in deciding whether Paris will back granting Ukraine candidate status.
The French secretary of state for European affairs noted that to become a member state, an aspiring country “must meet extremely strict requirements in terms of the fight against corruption, the rule of law, media pluralism, economic levels.”
Beaune clarified that it would first “be necessary to end the war, rebuild the country,” before the Eastern European nation could stand a chance of joining the EU. The diplomat concluded that while the process was going to be time-consuming, the bloc would be “giving this opening signal” by bestowing candidate status on Ukraine.
This is not the first time a top French official has warned Ukraine that it cannot expect to join the EU in the near future. In early May, French President Emmanuel Macron went so far as to suggest creating a “European political community” that would include such EU hopefuls as Ukraine, Moldova and Georgia, which would be given certain perks. Macron argued that while it was important for the EU not to alienate those nations, they were all most likely years if not decades away from becoming member states, even if given “candidate status tomorrow.”