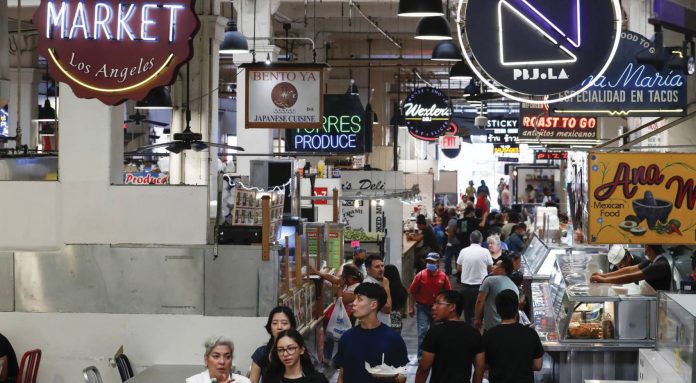 New York
The probability of the world economy succumbing to a recession is nearing 50 per cent as central banks tighten monetary policy and demand for goods weakens, according to economists at Citigroup.
Supply shocks continue to push up inflation and drive down growth, while central banks are now increasing interest rates vigorously and consumer demand for goods is softening, the economists led by Nathan Sheets said in a report on Wednesday.
“The experience of history indicates that disinflation often carries meaningful costs for growth and we see the aggregate probability of recession as now approaching 50 per cent,” the economists wrote.
“Central banks may yet engineer the soft — or “softish” — landings embodies in their forecasts (and in ours), but this will require supply shocks to ebb and demand to remain resilient.”
According to Bloomberg Citigroup now sees the world economy growing 3 per cent this year and 2.8 per cent in 2023. Its economists said if a recession did occur it was likely to be a “garden variety”, one in which unemployment rises several percentage points and output experiences a couple of weak quarters.
Deutsche Bank’s chief executive Christian Sewing, too, warned the global economy may be headed for a recession as central banks step up efforts to curb inflation, joining a growing chorus of executives and policymakers who are painting a pessimistic picture.
Speaking at the Future of Finance summit in Frankfurt on Wednesday, Mr Sewing said the global economy is buckling under multiple strains, from supply chain issues in China to rising food prices, particularly in the poorest countries.
“At least I would say we have a 50 per cent likelihood of a recession globally,” Mr Sewing said. In the US and Europe, “the likelihood of a recession coming in the second half of 2023, while at the same time the interest rates go up, is obviously up versus the forecasts we had before the war broke out” in Ukraine.
Earlier this week, delegates at the second annual Qatar Economic Forum, from Tesla chief executive Elon Musk and economist Nouriel Roubini to Atlas Merchant Capital’s Bob Diamond and StanChart’s Bill Winters, warned the US was heading towards a recession.
Meanwhile, Jamie Dimon, who runs JPMorgan Chase, told investors in early June to prepare for an economic “hurricane” as the economy struggles against an unprecedented combination of challenges.