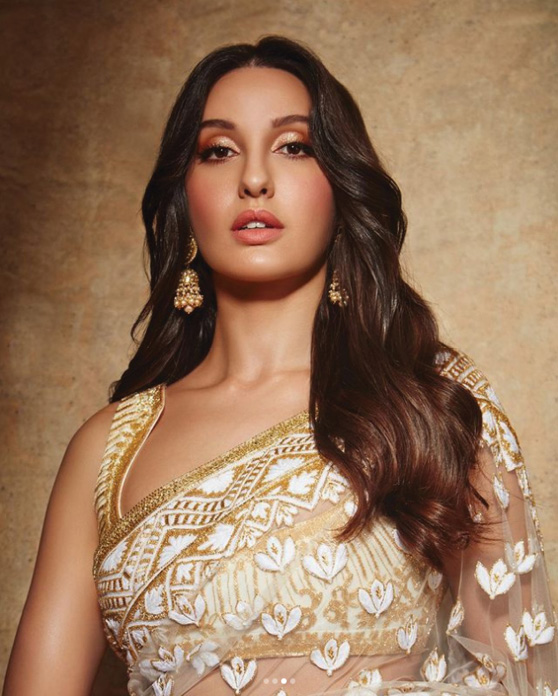 New Delhi
As per the reports from India-based media outlets, the ‘Street Dancer’ actor has been summoned for investigation by the police on Thursday. Fatehi will appear before the Economic Offences Wing for connection with Sukesh Chandrashekhar – the prime accused in the infamous INR200 crore extortion case.
Reports also mentioned that Fatehi will be joined with another accused Pinky Irani in Thursday’s questioning session. Although Delhi Police found no direct involvement of Fatehi in the extortion case, officials want to question her with Irani, due to inconsistency in her previously recorded statements.
Ravindra Yadav, Special Commissioner of Police said, “Since Pinky Irani is here, we want to interrogate both of them tomorrow.”
He stated, “There are certain things that need to be clarified. There’s no direct connection between Nora and Jacqueline with respect to this case.”
The actor-dancer was earlier questioned by the Police for nearly seven hours on September 2 and got her statement recorded.
For those unversed, Bollywood starlets Jacqueline Fernandez and Nora Fatehi were named accused in the multi-million rupees extortion case, for receiving luxury gifts from the crime proceeds.
Moreover, Fatehi was also a part of the Chennai event by the crime syndicate, though she clarified being oblivious of the crime.
It is pertinent to mention that the prime accused of the high-profile money-laundering and extortion case, conman Sukesh Chandrashekhar is currently in jail. He has been previously involved in several similar crimes.