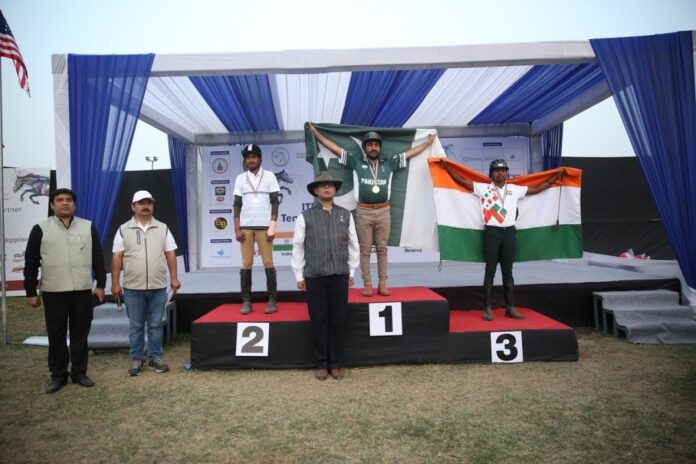 Five international teams including USA, Belarus and Nepal are participating in the event, Pakistan High Commission in New Delhi said in a statement on Wednesday.

He felicitated the Pakistani contingent for winning Gold and Silver in individual and Team Lance categories respectively.

The Pakistan High Commission hosted a dinner in honour of the team at the Chancery’s lawns, which was attended by representatives of Equestrian Federation of Pakistan and India.