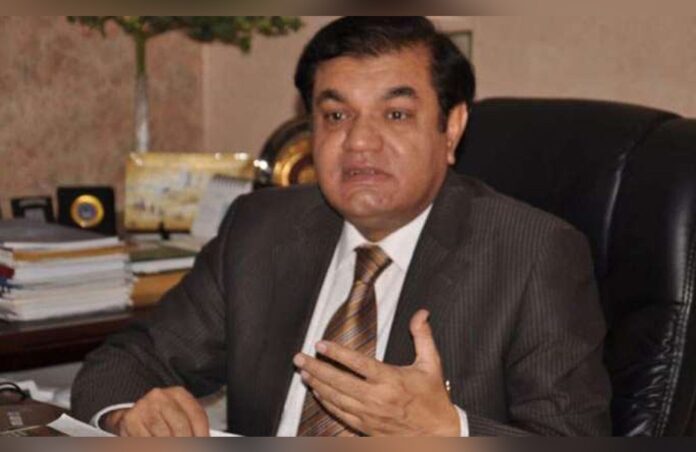 KARACHI
Chairman of National Business Group Pakistan, President Pakistan Businessmen and Intellectuals Forum, and All Karachi Industrial Alliance, and former provincial minister Mian Zahid Hussain on Friday said the country will be able to get loans from friendly countries and other sources after getting a loan from the IMF.
Pakistan would be able to borrow eight to ten billion dollars as the debt servicing requirement for the next year is 21 billion dollars while loan rollover will also help the country avoid a default, he said.
Mian Zahid Hussain said that borrowing will help the country overcome economic problems for a few months and this gap should be used to completely change the dysfunctional economic system to save the country.
Talking to the business community, the veteran business leader said that the current economic system has completely failed and we need a new economic order based on justice and merit as friendly nations and international institutions have fed up with supporting Pakistan.
He said that the existing economic system is not delivering as it is very faulty hence damaging the economy. State-run corporations wasting Rs600 billion per annum should be sold, losses worth Rs600 billion in the power sector should be controlled, gas sector losses which have jumped to Rs150 billion should be tackled while improving the agriculture sector can help the country save almost $14 billion wasted on imports.
The business leader said that the economic system in practice does not stop rulers from excessive borrowing, wastage of resources, and initiating projects which are not in the national interests. The wastage is leading to widespread poverty in the country while the faulty tax system is widening the gulf between the rich and the poor leading to restiveness.
Mian Zahid Hussain said that the new economic order must increase the volume of direct taxes, reduce indirect taxes, make the industrial sector more profitable than the property and stock market, sell failed state entities and improve laws to the international standards otherwise the country will have no future.