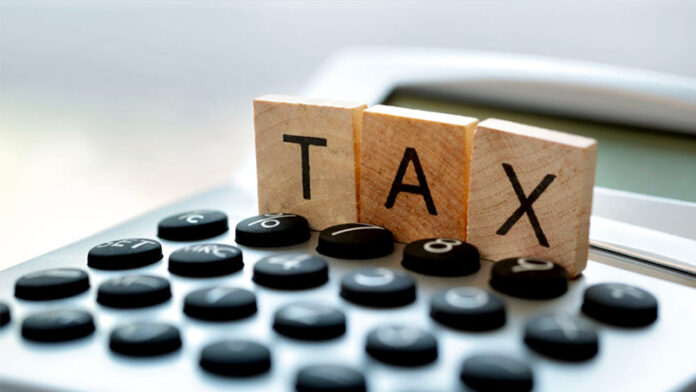 Islamabad
The business community on Friday strongly reacted to the Prime Minister announcement of imposing 10% Super Tax on large-scale industries at a time when the industrial sector has already been fighting for its survival amidst high energy cost, rising fuel prices, escalating markup rate and unprecedented inflation, saying the move would crash the economy as seen in the matter of the stock market which has nosedived minutes after the PM proposed the world highest tax.
The FPCCI former president and the Businessmen Panel (BMP) Chairman Mian Anjum Nisar, in a reaction sent to the media, observed that the unwise decision will push Pakistan further into economic crisis, not only rattling the economy but also increasing unemployment and inflation, besides shooting up imports, leading to further trade deficit.
Mian Anjum Nisar cited massive taxes as the core reason behind the stock market plunge, as the market has reacted very negatively because it will severely hurt corporate profitability.
He said that the PSX witnessed massive pressure across the board after PM Shehbaz announced 10pc super tax on industries for one year and now the corporate income tax and investor tax will now exceed 50% and 55%, respectively. This is the highest not only in this region but in the history of Pakistan. In fact, it is one of the highest tax rates in the world, he pointed out.
Mian Anjum Nisar called for quick and serious steps to sustain the growth of economy, as the industry has been facing severe financial crunch amidst delaying sales tax refunds, rising markup rate, soaring energy tariffs and worse power shutdowns.
He urged for increasing ease of doing business, lowering cost of production, paying early refunds to solve liquidity crunch, relaxing import policy for industrial raw material, and equalizing the energy tariff across the country.
He said though energy shortage and instability kept the economy hostage during the last many years, the government should have a clear vision on the economic issues, which would help resolve their problems at the earliest.
He said that an acute shortage of electricity and political uncertainty has damaged the economy beyond repair therefore the government should facilitate the private sector in the larger interests of the country and its people.
He said that business community has prepared recommendations to share with the policy makers to boost economic activities in the country saying the government should implement all their practical proposals without any delay.
Mian Anjum Nisar urged the government that all stakeholders be taken on board while preparing industry-related policies, and asserted that industrial estates be exempted from load shedding of gas and electricity to meet the local market and export targets. He asked the government to get input from the private sector on policies and encourage public private partnership to stimulate various government organizations.
He said that Pakistan’s core issue is the high cost of doing business, which the government needed to bring down to bring the export industry at par with global competitors.
He asked the government to work on a fast track plan to address energy issues. Priority should be given to the industrial sector, which was the highest value-added link in the entire value chain. The BMP leader called for exemptions from power outages for exporting SMEs, as the power crisis across Pakistan has intensified and overall electricity shortfall getting worse.
Presently, the industries are facing long durations of power breakdowns, as many units have closed down their two shifts production owing to non-availability of power while others might follow the suit. He urged the government to end load shedding from the industrial area as power interruption is causing drastic effects on production.
He feared that undue taxes, especially the Super Tax and power crisis would lead to an alarming rise in unemployment in the industries and urged the federal government to immediately resolve the issue. The prime minister should take immediate steps and if it’s not resolved, the situation may become more serious, he added.
This decision is a huge blow to the growing industries, as the speech triggered a nosedive at the Pakistan Stock Exchange, because its benchmar saw a sharp 2,053-point drop before trading was halted. As of 12:00pm, it stood at 40,663.62, down 4.81 per cent.
The FPCCI former president urged the government to take business community onboard, who are the real stakeholders, in preparing policies to sustain economic growth, besides enhancing exports further so that fast widening trade deficit could be diminished, which is prerequisite for the country’s uplift. He suggested the concerned government departments to join heads with the private sector for finding out a methodology for increasing growth further. He observed that the international image building is the need of the hour, besides formation of new trade specific export promotion agencies having independent budgets and policies.