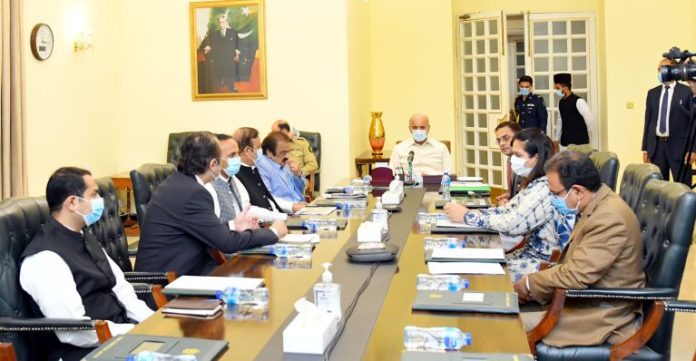 Prime Minister Shehbaz Sharif Friday directed the authorities concerned to introduce a coordinated mechanism for reduction in the fares of Metro Bus Service to provide relief to the masses.

The prime minister, chairing a meeting to review progress on Orange, Blue and Green Line Bus services in the federal capital, called for completion of landscaping of Orange Line Metro Bus Service from Faiz Ahmed Faiz Terminal to the Islamabad Airport within seven days.

He said the work on the Bypass should be launched at the earliest by awarding the contract to top companies through a transparent bidding.

He said through this project, it was essential to address the traffic issues faced by the people of Bhara Kahu which would also facilitate the travellers to and from Murree.

The meeting was told that 29-kilometer Orange Line Bus Service had been connected with Faiz Ahmed Faiz Terminal instead of NHA Station which had increased the number of passengers from 2000 to 3000 during peak hours and 18,000 a day.

The 20-kilometer Blue Line from Koral to PIMS was also ready for inauguration. Comprising 13 stations, the route would facilitate the people living along the Islamabad Expressway.

It was told that the planned 15.5 kilometer Greenline Bus Service from Bhara Kahu to PIMS would facilitate the people of Bhara Kahu as well as the travelers of Murree.

Moreover, the travelers coming from Airport through Orange Line would also be able to benefit from the service to reach Murree.

It was also told that the Rawal Chowk Flyover would be completed by July 31, on the prime minister’s directive.

Work on the rehabilitation and widening of the Islamabad Expressway would also be initiated soon.

The prime minister instructed for completion of the said projects within the stipulated time frame.