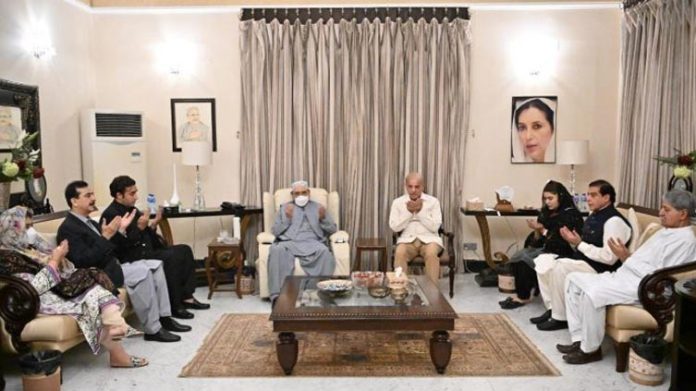 Prime Minister Shehbaz Sharif on Saturday arrived at Zardari House, Shaheed Benazir Abad and expressed his condolence with former president and president PPPP Asif Ali Zardari, on the death of his mother.

The prime minister along with his delegation offered fateha and prayed for the high ranks of the departed soul.