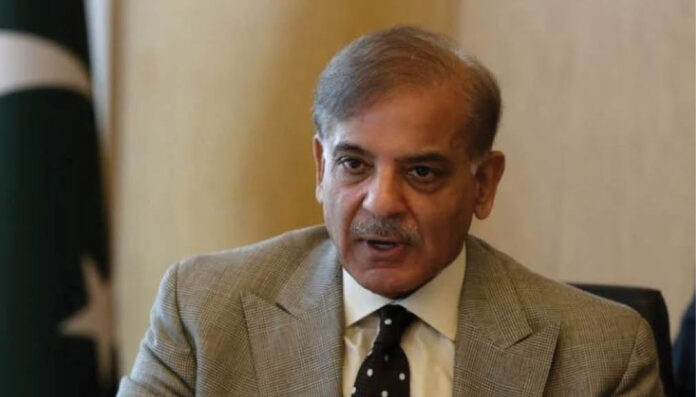 Speaking outside Special Court Central where he had gone in connection with the hearing of a money laundering case against him and several others, he said that the prime minister was using ‘indecent’ language. “The statements he is making these days are non-serious,” he said, adding he is doing cheap politics.

Such a ‘filthy language’ he is using, PML-N president added, which could not be repeated in front of the people. “Whatever little bit of good image the country had in the eyes of the outside world has now been spoiled,” he opined.

He went on to say that the prime minister’s ‘irresponsible’ utterances on foreign policy matters would also have a negative impact on the Kashmir issue. Speaking on the occasion, Leader of the Opposition in the Punjab Assembly and Shehbaz’s son, Hamza Shehbaz said that the repeated use of the words like ‘Chaur aur daku’ had now started getting on nerves.

Referring to PM Imran’s speech at Mailsi in which he had censured the European Union for asking him to condemn the Russian invasion of Ukraine, Hamza wondered was this the way the countries’ foreign policies were shaped. “Imran Niazi gave the statement at such an inopportune time that even Finance Minister Shaukat Tarin had to disagree with that,” he added.

Imran Khan should gag himself by taping his month, Hamza observed. Earlier, the Special Court Central judge expressed his strong displeasure over the absence of the lawyer representing Usman, a co-accused in a money laundering case also involving Leader of the Opposition and Pakistan Muslim League-Nawaz (PML-N) President Shehbaz Sharif and others.

During the hearing of Usman’s petition in which he had challenged the court’s jurisdiction, the judge asked Ata Tarar, counsel for Shehbaz and others, as to where the petitioner’s lawyer was.

Tarar replied that the lawyer was in Islamabad because he had some engagements in the Supreme Court. “This is no way to pursue the case. Usman first filed the petition due to which the hearing of the money laundering case had to be stopped and now his counsel does not appear in the court. Do you want me to just keep sitting and do nothing?” the judge questioned.

Amjad Pervez, counsel for Shehbaz, on the occasion complained to the court that his clients had not been given readable copies of the challan. “After all, getting legible copies is accused’s right,” he said, and complained that for 14 months the FIA officials kept hiding the challan files. “Truth of the matter is that these copies had to be handed over to the accused within 14 days,” he reminded.

He further said that not only the copies of challan but also those of the statements given by witnesses in the case should be provided to his clients.