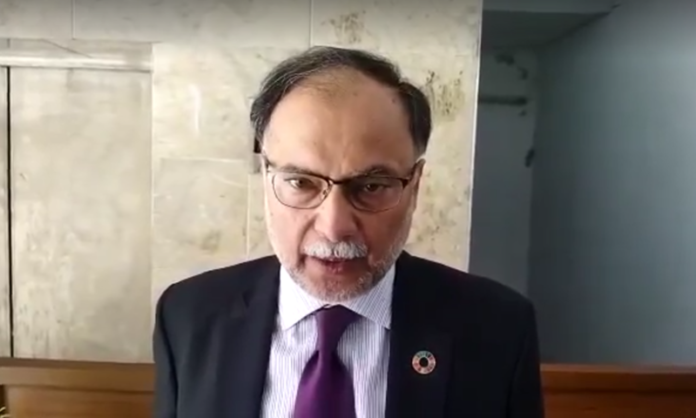 Planning Minister Ahsan Iqbal said on Friday that the PML-N-led coalition government would put an end to projects started during the PTI’s tenure that are “unimportant” and “political in nature” and described Imran Khan’s plans to turn the PM House into a university as one of them.

Talking to the media in Islamabad, he said funds saved by scrapping those projects would be diverted to those of “national importance”.

He said the Imran Khan-led government’s plan of setting up a varsity in the Prime Minister’s House was a “political project” and termed it a drama. Iqbal further claimed that Rs23 to 25 billion that were allocated to the project were spent “who knows where”.

“These kind of senseless projects will be ended,” he added.

Former prime minister Imran Khan had promised in his inaugural speech that a varsity would be set up at the PM House.

A National Assembly panel had approved “The University of Engineering and Emerging Technology Bill, 2020” in October last year and work on the project was to be completed in 72 months. However, a Senate panel had later rejected the bill.

Iqbal said today that nuclear scientist Dr Abdul Qadeer Khan, who is regarded as the “father of Pakistan’s nuclear bomb”, had sent him a feasibility report for establishing a science and technology university prior to his death last year.

“I have asked the HEC (Higher Education Commission) to start a project immediately. We will approve this immediately and start work on it in July. [The university] will be affiliated with Dr Abdul Qadeer Khan.”