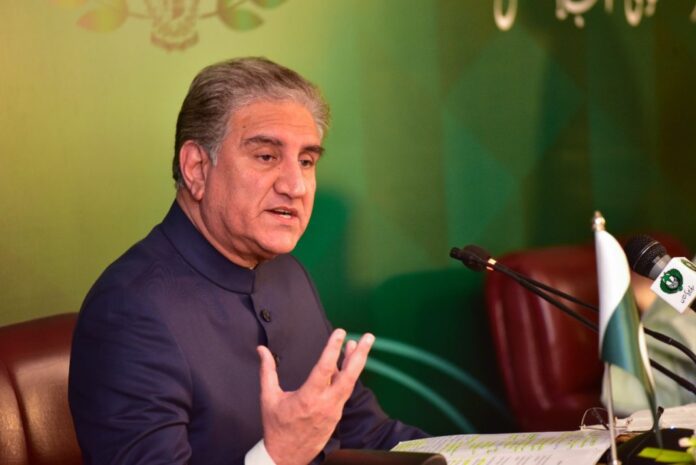 Foreign Minister Shah Mehmood Qureshi said Saturday that practical steps are now needed for South Punjab.
He said that balloons are released in the air regarding the presidential system.
The government will complete its term and will give a surprise in 2023, he said.
If Bilawal goes to Islamabad, then we will go to Karachi, Pakistan fought terrorism with the best strategy.
Talking to media in Multan, the Foreign Minister said that we have sought help from China, UAE and friendly countries to improve the economy.
Shah Mehmood Qureshi said that People are facing inflation which we are aware of and we also tried to improve the economy in Corona situation.
He said that due to Corona the economy of the world including Pakistan has shrunk but the economy of our country is now heading towards improvement.
Pakistan fought terrorism with the best strategy but terrorist incidents can still happen and we are trying to deal with it, he said.
Shah Mehmood Qureshi said that March is the political right of PPP. He wrote a letter to Shahbaz Sharif and Bilawal Bhutto regarding South Punjab province in which he informed them about the steps taken for South Punjab but without constitutional amendment South Punjab province could not be carved out. He said that we have started the process of devolution of power to the lower level.
The quota was allocated considering the 32% population of South Punjab while Yousuf Raza Gilani said that he wants province of South Punjab rather than secretariat. He told him that we are ready to make South Punjab a province.
The Foreign Minister said that he wrote to Shahbaz Sharif and Bilawal Bhutto that what they will cooperate for South Punjab province because we have taken steps related to South Punjab province, now we have to do practical work.
He further said that government is even willing to give opposition the credit for the constitutional amendment if it wants.
While criticizing Pakistan People’s Party (PPP), the minister said that all political parties of Sindh have rejected the provincial local government act. He added that PTI is in favor of local bodies elections.
Ends/online
RT/TR/ZM