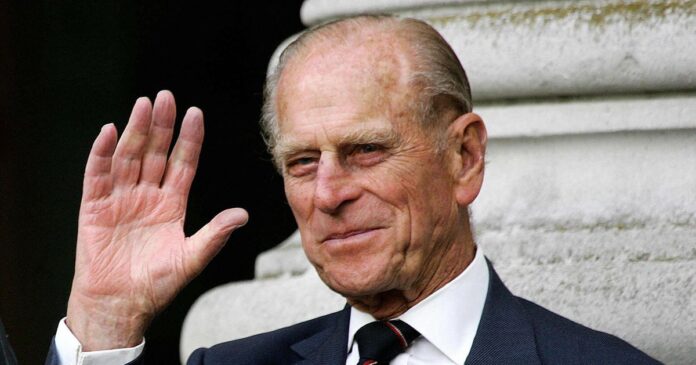 London April 12 (Online): Prince Philip passed away peacefully on Friday, the Buckingham Palace announced in a statement.
While there is not much known about how the Duke of Edinburgh breathed his last, his daughter-in-law Sophie Wessex (Prince Edward’s wife) came forth revealing the final moments of the longest-serving royal consort.
The Countess of Wessex, paying a heartfelt tribute to her father-in-law after attending a church service, told reporters that Philip’s final moments on Friday were “very peaceful.”
“It was right for him,” she told ITV News. “It was so gentle. It was just like somebody took him by the hand and off he went.”
“Very, very peaceful. And that’s all you want for somebody isn’t it?” she added.
A day before giving this insight, Sophie revealed how the Queen is coping up with the loss of Prince Philip.
She tearfully told reporters, “The Queen has been amazing.”
The Duke of Edinburgh’s funeral will take place next Saturday on April 17 at St. George’s Chapel at Windsor Castle.