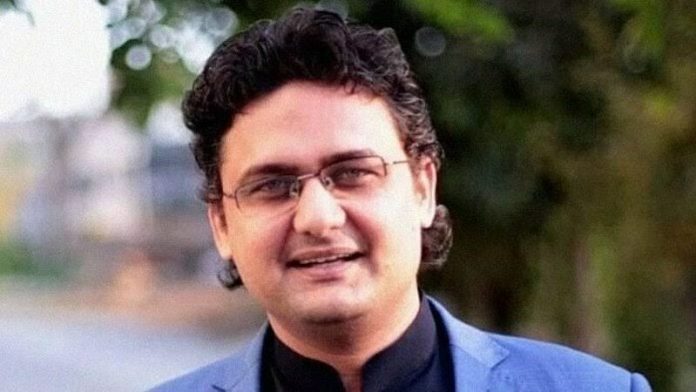 ISLAMABAD
PTI leader Senator Faisal Javed on Thursday agreed with the advice given by the apex court to the party urging for a return to the parliament.
The Supreme Court earlier today seconded the IslamabadHigh Court’s (IHC) earlier recommendation that PTI lawmakers should return to the National Assembly.
Talking to the media, Faisal stated that PTI chief Imran Khan respects the judiciary and had always talked of obeying the law.
The PTI leader maintained that the only solution to the current “problems” was holding elections and the nation had “given its answer” (in favour of the PTI).
Earlier today, the top court heard a petition filed by the PTI challenging the IHC’s judgement where the court had termed the phased acceptance of party resignations by the National Assembly Speaker as legal.
During the proceedings today, the two-member apex court bench consisting of Chief Justice Umar Atta Bandial and Justice Ayesha Malik heard the PTI’s plea against the phased acceptance of resignations.
“The people have elected its representatives for five years,” the court observed, “it would be best if the PTI would play its role in parliament, which is its real duty”.
Echoing the high court’s ruling, the SC expressed reservations against the court’s jurisdiction on the matter being affected by “interfering with the powers of the speaker” as it adjourned the case indefinitely.