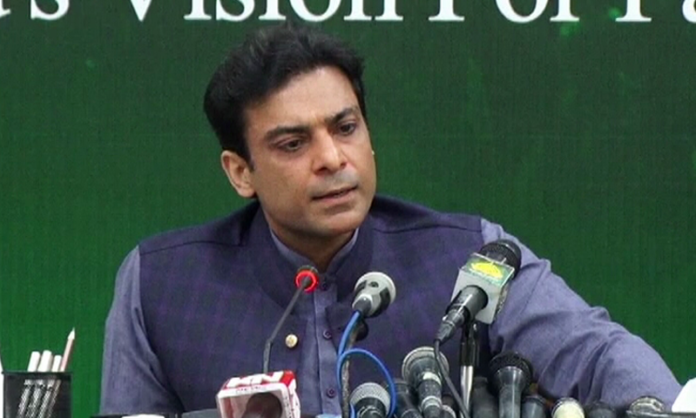 LAHORE
Incumbent Punjab Chief Minister Hamza Shahbaz has ordered an investigation against his predecessor, Sardar Usman Buzdar, after an audit report accused him of nepotism in bestowing favors and facilitating contractors from his hometown of Taunsa Sharif during his tenure as the provincial chief executive.
The audit report disclosed that the former Punjab chief minister had approved contracts for his blue-eyed contractors to carry out development work in his hometown while causing a loss to the provincial exchequer.
A report prepared by Punjab’s Local Fund Audit Department said that Taunsa contracts were awarded to Rana Muhammad Zafar Iqbal, Shahid Manzoor and Aamir Suhail on nepotism.
Documents show that a contract worth Rs34.23 million was awarded to the blue-eyed company in Buzdar’s hometown to repair pipes and lines to repair and maintain the Water and Sewerage System and to purchase equipment such as submersible pumps.
The document showed that Iqbal was paid in two tranches of Rs920,955 and Rs857,825 on January 1, 2019, and January 2, 2019.
Moreover, Manzoor, together with Sohail, were paid a total of Rs32.45 million in just a short span of six months.
Manzoor was paid paid Rs596,200 on January 19, 2019, to buy submersible pumps. Subsequent payments were made in the next quarter. Often when paying Manzoor and Sohail, they received up to three cheques in a single month. Once, they were even given three cheques in a single day.
But what did Taunsa get for all this expenditure? The audit report said that the “work was done without any proper planning, estimation by the competent authority, recording measurement of work in MB, applying scheduled rates, site plans and agreement etc.”
With regards to irregularities in repair and maintenance work by the contractors, the report said that it found there were no details available of items and quantity thereof required to be procured, as stipulated under Rule 25(2) of PPRA Rules 2014.
Moreover, it said that there was no proper estimation of scheduled items per MRS as required under rule 5 of PLG (Works) Rules 2017. Advertisements for the work, as required under Rule 9 of PPRA Rules 2014, were not floated.
Quotation notices/work orders for the work did not carry requisite details such as dates and without any dispatch numbers, indicating that perhaps they were not dispatched to essential receivers.
Critically, the report noted that work was executed without any deed of agreement between the parties. The report concluded that “major actors responsible for less / non-deposit of taxes and misuse of funds are MC authorities and the role of Resident Assistant Director is only that of peripheral nature.”
The report also found irregularities in the deposit of taxes charged from contractors. “Local Fund Audit has conducted an inquiry into the tax theft at Taunsa,” the auditors said. The audit report states that the national exchequer had to bear a loss of Rs10 million in missing funds.
The report was submitted to the Punjab government for further action, following which Punjab Chief Minister Hamza Shahbaz ordered an investigation.